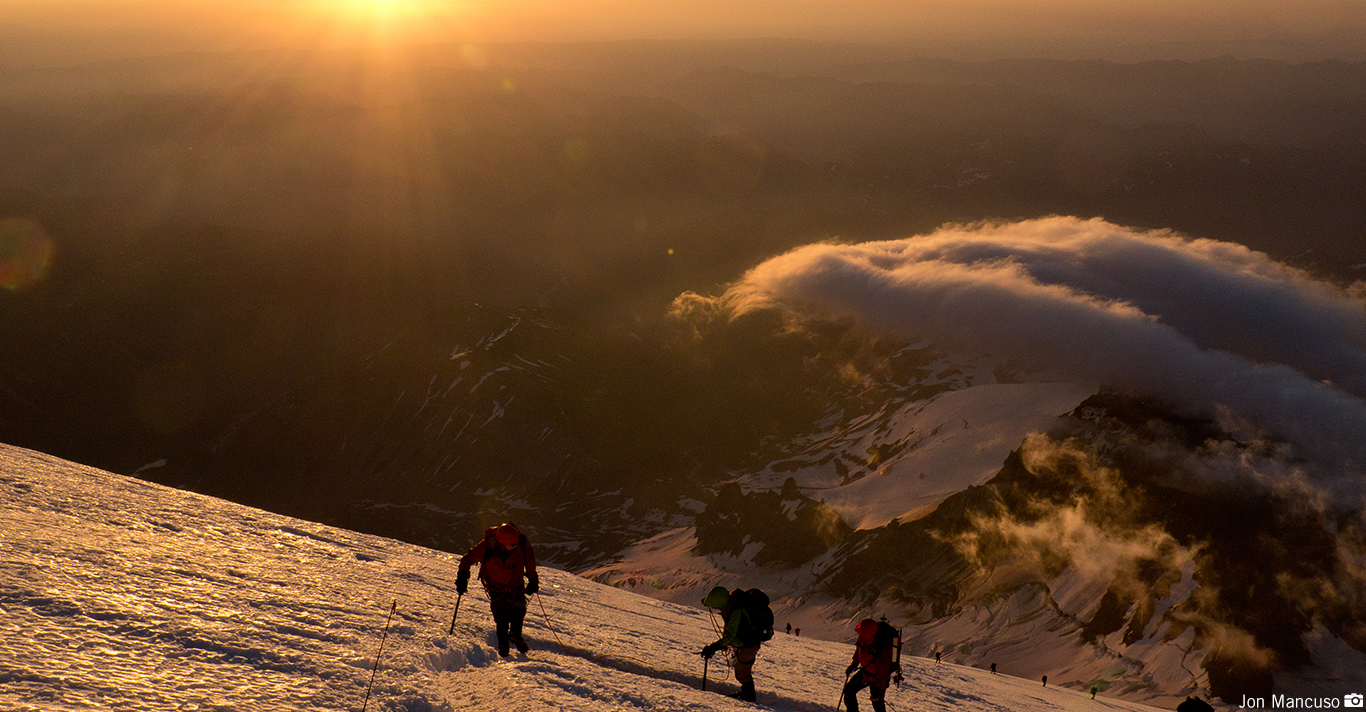 The Four Day Summit Climb August 27 - 30 were unable to reach the summit today due to high winds and deteriorating weather. RMI Guides Mike King and Gloria Roe led their teams to the top of Disappointment Cleaver before making the decision to turn back as the winds were high and the cloud cap that had formed around the summit began to creep lower on the mountain. The teams returned to Camp Muir and will descend to Paradise this morning. 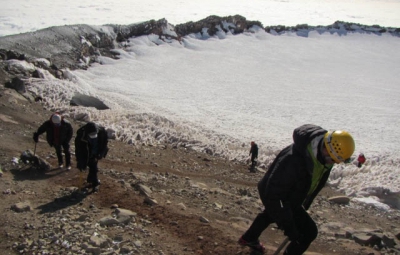