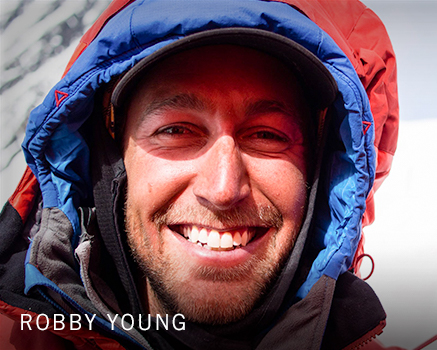 Robby grew up ski racing in the hills around Traverse City, Michigan. Upon graduating from the University of Michigan with a degree in Geology, he promptly moved west in pursuit of big mountains and deep powder. After spending several years working as an environmental geologist, Robby dedicated himself to a career in the mountains, spending his winters working as a ski patroller and avalanche forecaster in Park City, UT. His enthusiasm and passion for skiing, climbing, and photography have resulted in numerous adventures in beautiful places ranging from the high peaks of Alaska to the rugged peaks of the Peruvian Andes. Check out some of Robby's photography here.