1984: RMI climber Mele Mason filming a rope team on the upper slopes of Mt. Rainier with a Sony Betacam prototype. ---- In honor of our 50th Anniversary, we are featuring stories of first climbs. Stories from guides and stories from climbers. Today we are excited to share Mele Mason’s story of her first climb: Mt. Rainier in 1984 for her work at KIRO-TV in Seattle, WA. Find out more about having your first climb featured on our blog! ---- I was a video photo-journalist at KIRO-TV in 1984. I had moved to Seattle, WA from my hometown of Omaha, NE. Although I frequently visited cousins in Colorado and participated in some mountain hikes, my experience with altitude and glacial climbing was next to nothing. 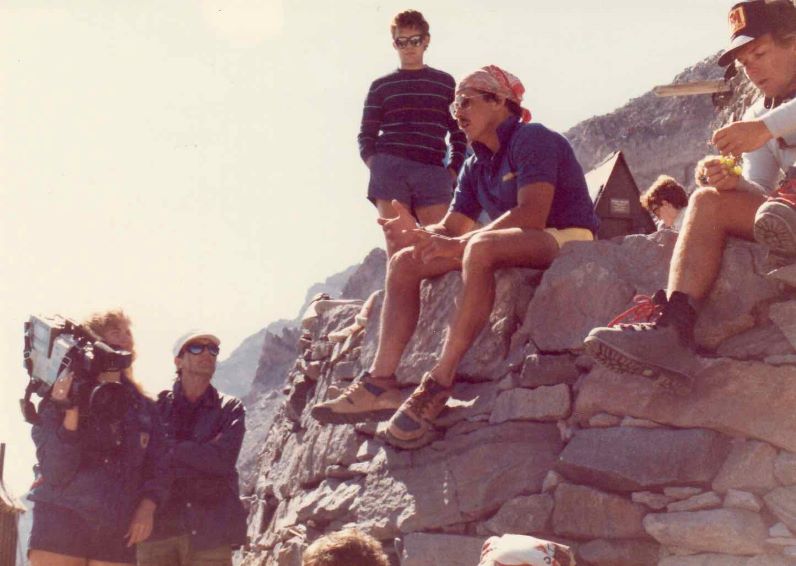 1984: Former RMI Guide Phil Ershler (center) talks to climbers as Mele Mason (far left) watches. While working in Seattle, I would marvel at the sight of Mt. Rainier whenever the “Mountain was Out!” I dreamed of climbing and documenting the climb. Reporter Karen O’Leary and I contacted Lou Whittaker of RMI to find out how we could arrange to shoot a story of a typical RMI climb. Lou was very helpful, and set up a date for us to climb with an RMI group, let by Phil Ershler, George Dunn, Gary Talcott, and Phursumba Sherpa. 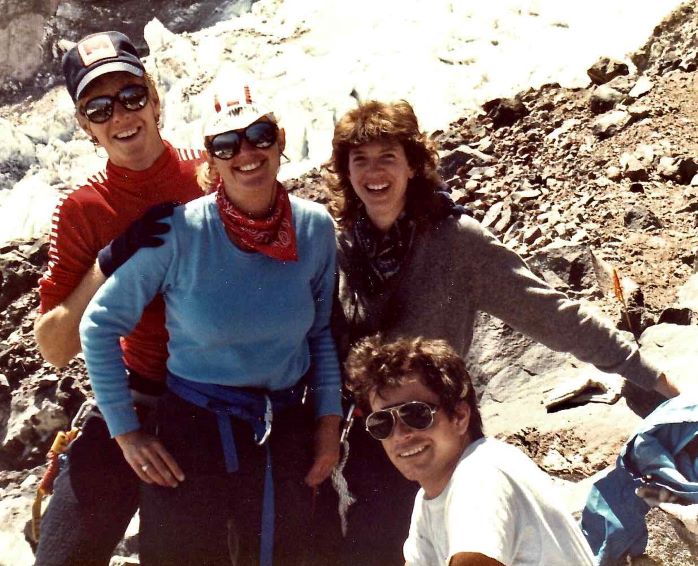 1984: Mele Mason with the crew on Mt. Rainier. In 1984, most news stations were still using tube video cameras, which were tethered to a separate ¾ inch tape recorder deck. The gear was heavy and cumbersome. Sony had recently come out with a new Betacam, which incorporated the camera and deck into one shoulder mounted camera weighing in at about 25 pounds with battery. Sony was excited about being a part of the first Betacam shot story on climbing Mt. Rainier, so they lent me a prototype camera for the climb. 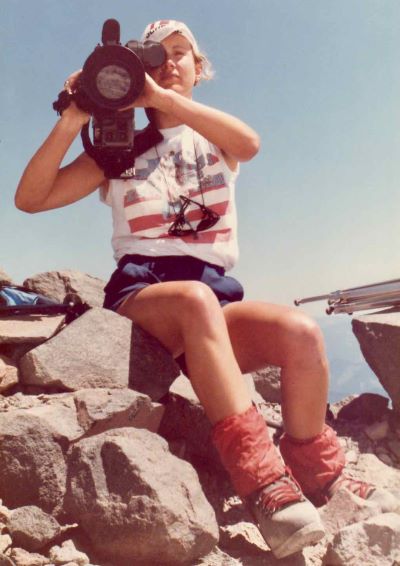 I spent two months training on Mount Si and other peaks close to Seattle, read up on all the ways one could die on the mountain (HAPE, avalanche, rock slide, lightning strike, etc.). For my training day, Lou Whittaker and Phursumba Sherpa took me up to the Muir Snowfield to teach our group how to use crampons, ice axes, ropes and harnesses. They proceeded to throw us down the snowy hill feet first, head first, on belly, on back, to make sure we were able to self-arrest before sliding down the entire hill. 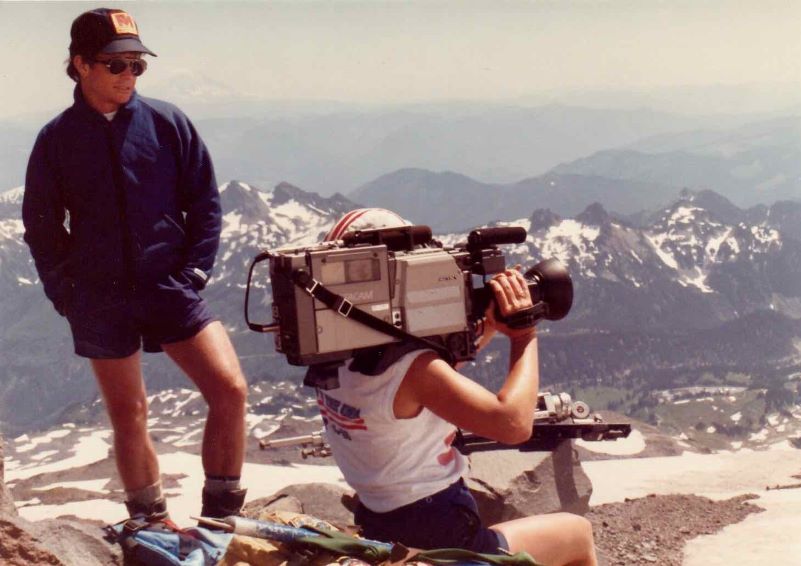 1984: Former RMI Guide Gary Talcott watches as Mele Mason films on Mt. Rainier. The actual climb was actually a life changer for me. Not only was it the most difficult thing I had ever accomplished, but the people I met and the video I produced opened many doors for me, including more climbs in the Himalaya, Karakoram and Mount Kilimanjaro. My video piece won a NATAS (National Academy of Television Arts & Sciences) Emmy for best produced feature short in 1984. We were blessed with fine weather. Gary Talcott packed my enormous camera, I carried batteries and tripod, and Jeanine Wieholt Moore brought along extra gear. I had not acclimated properly coming straight from Seattle, so as we got above Camp Muir, the nausea started in. Fortunately every time I stopped to set up the tripod and camera, the sickness would abate. We were not allowed to slow up the other climbers, so Gary, Jeanine and I would have to start out earlier than the other climbers, set up, shoot the climbers, and then pack up and go on ahead. 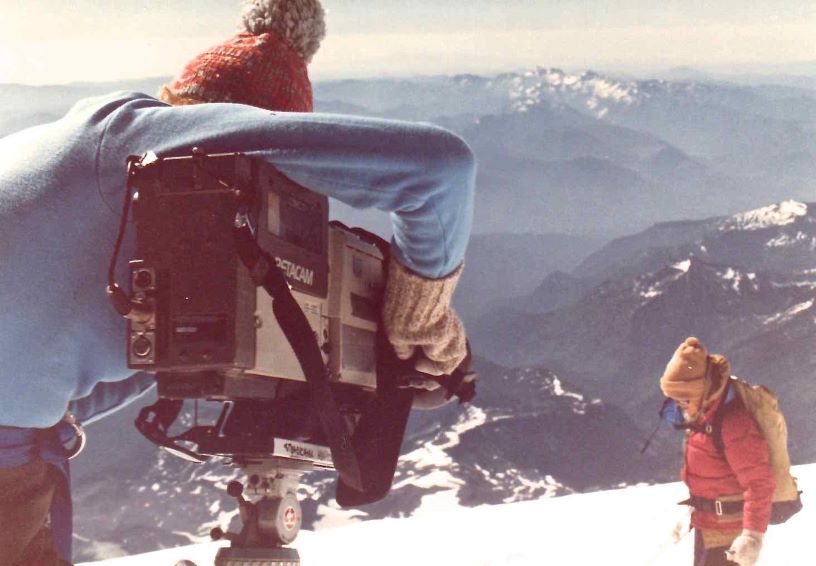 I have climbed Mt. Rainier twice more, and each time I proclaim that it is the most difficult thing I’ve ever done, but each time the joy and satisfaction and camaraderie that I feel as I walk into the bar at the Paradise Inn, sit my filthy self down and enjoy a frothy cold beer are some of my favorite memories to this day.