The Five-Day teams led by Steve Gately and Matias Francis enjoyed a beautiful walk to the Ingraham Flats this morning. The team decided not to climb due to unfavorable route conditions but enjoyed two days of great weather and lots of hands-on training. The teams will pack up camp and head downhill this morning. We expect the teams back at Basecamp in the early afternoon.

The Four Day Climb August 25 - 28 was approaching the crater rim of Mt. Rainier at 6:40 am led by RMI Guides Alan Davis and Seth Burns.  Alan reported climbing time from Camp Muir to the summit was 6 1/2 hours for the teams this morning. It's a beautiful day to be in the mountains with clear skies and light winds. The teams will enjoy some time at the summit today before retracing their steps and returning to Camp Muir. After a short time at Camp Muir, they will continue the final 4,500' to Paradise and conclude their program at Rainier BaseCamp later this afternoon.

The Five Day Climb August 20 - 24 reached the summit of Mt. RaInier on Tuesday, August 23rd led by RMI Guides Dominic Cifelli and Joe Hoch.  The teams were able to spend time in the crater enjoying the beautiful morning.  After taking all the photos, the teams started their descent to Camp Muir.  Climbers enjoyed some rest and a final night on the mountain.  They plan to start their descent to Paradise around 9 am.  We look forward to seeing them at Rainier BaseCamp early this afternoon.

Congratulations Team, with a special shout out to Alex and Kristina Beuning. Lots of pride and love coming from this Mom

RMI Guides Casey Grom and Dominic Cifelli led their Four Day Climb teams for August 15 - 18, 2022 to the summit of Mt. Rainier today.  Climbers reached the summit around 5:30 am.  They reported an excellent climb and overall great day.  The teams are heading back to Camp Muir where they will take a quick break before continuing the remaining 4.5 miles to Paradise.  Their program will conclude this afternoon at Rainier BaseCamp. 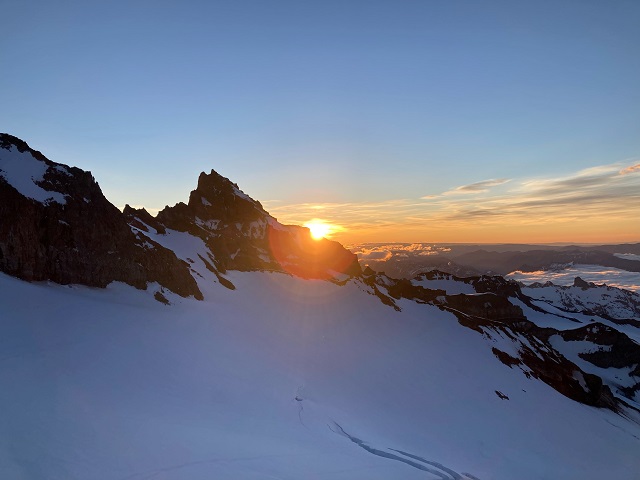 The Four Day Climb led by RMI Guide Pete Van Deventer reached the summit of Mt. Rainier at 7:15 am today. Pete reported beautiful clear crisp skies, with light winds. Once the team reached the crater rim, they made their way across to Register Rock at Columbia Crest at 14,410' the highest point in Washington State. The team has started their descent and are in route to Camp Muir. 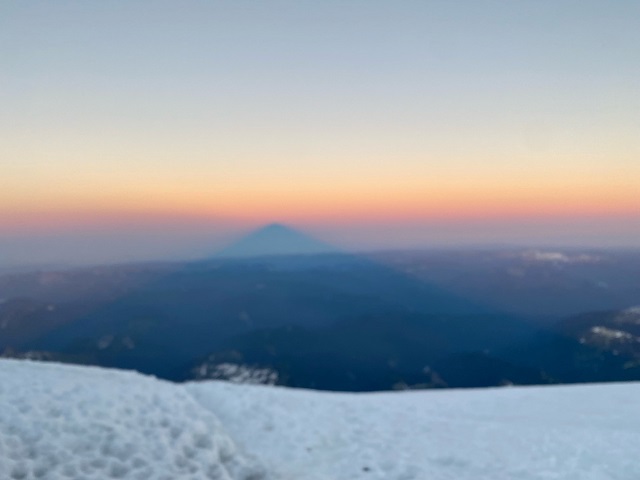 The Five Day Climb teams July 30 - 3 August led by RMI Guides Jack Delaney and Abby Westling made a sunset climb to the summit yesterday evening.  The teams reached the crater rim around 8 pm and quickly began their descent as fairly strong winds accommpanied them the entire climb. The climb went well and the team was stoked to summit even with the constant winds.  As of 7 am the climbers were sleeping in at Camp Muir with plan to start their descent to Paradise around 10 or 11 am. The Expedition Skills Seminar - Emmons July 3 - 8 led by RMI Guide Nikki Champion spent two days training at Rainier BaseCamp and at Paradise, prior to starting their climb.  On Tuesday, they left Ashford for the White River Ranger Station.  They donned heavy packs and started up the mountain to their first camp.  Yesterday, they ascended to Camp Schurman and continued their training.  With an alpine start this morning, they made their summit attempt but were turned back due to high winds, low visibility and challenging walking.  The team returned safely to Camp Schurman around 1 pm where they will spend their last night on the mountain.  Tomorrow the group will descend to the trailhead and return to Rainier BaseCamp.

our son, Glen Zilly, was in the group attempting to climb Mt. Reiner.  A wise decision but he plans to return next year.
Our son is a 43 yr. old self employed
Architect who lives with his wife & daughters in Scottsdale,  AZ. 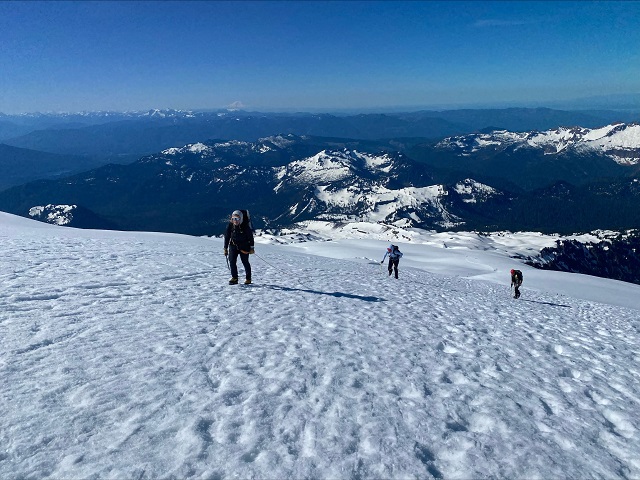 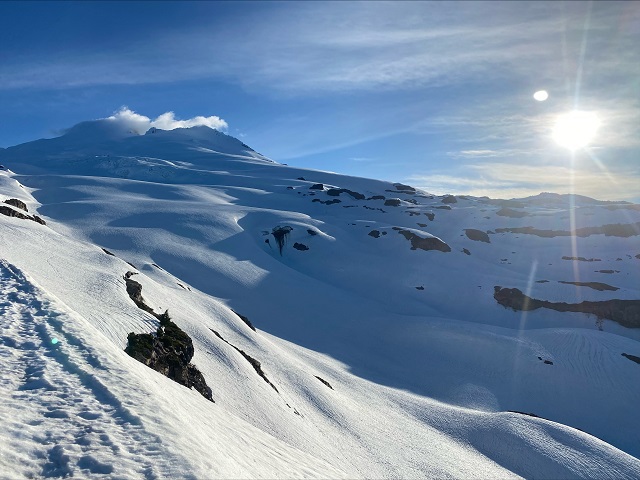 RMI Guide James Bealer checked in from the summit of Mt. Baker this morning. He reported that 100% of the team was on top! The team enjoyed a beautiful bluebird day with little to no wind on their ascent to the top.

They were beginning their descent back to camp to celebrate and will get a good nights rest before packing up camp tomorrow.

Congratulations to the climbers!

Mt. Rainier: Grom, Bealer & Teams Unable to Climb due to Winds and Weather 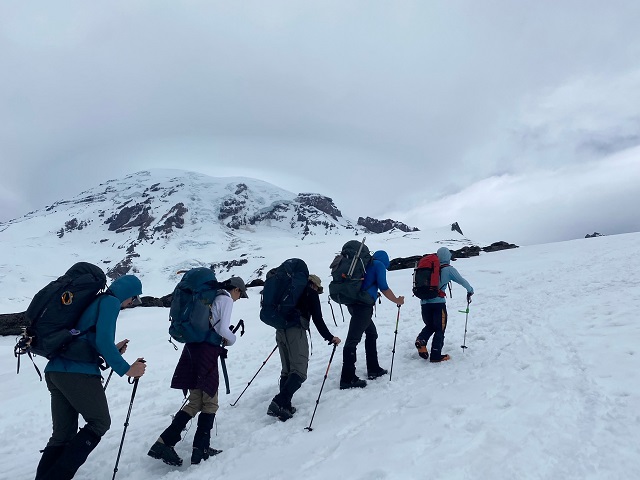 The June 13 - 16 Four Day Climb led by RMI Guides Casey Grom & James Bealer were unable to make a summit attempt due to high winds overnight as well as avalanche conditions.  The Camp Muir telemetry shows winds over 70 mph.  Around 7 am the weather had improved, the team was going to do some avalanche forecast training.  The teams have packed up and started their descent from Camp Muir.  We look forward to greeting them at Rainier BaseCamp this afternoon.