The Four Day Climb June 22 - 25 reached the summit of Mt. Rainier this morning led by RMI Guides Pete Van Deventer and James Bealer.  The teams reached the crater rim at 5:30 am, they enjoyed clear skies and a light breeze during their climb.  The route remains in good shape and teams were making good time on their descent.  They were at 13,500' around 7 am heading back to Camp Muir.  They will enjoy a short break at Camp Muir to refuel and repack, then descend the remaining 4.5 miles and 4,500ft to reach Paradise.

Congratulations to today's teams on reaching the summit of Mt. Rainier! The summit climbs, led by Jake Beren and Paul Maier, successfully summitted Mt. Rainier this morning. The teams began their decent at 7:45 AM, reporting clouds above and below them.
Leave a Comment For the Team (2)

All the best to all of you. Very excited for Anshul on his first expedition.

The Four Day Summit Climb teams lead by RMI Guides Elias de Andres Martos and Nick Hunt reached the summit of Mt. Rainier this morning under clear skies and nice conditions. The teams began their descent from the crater rim shortly after 9 am en route to Camp Muir. The teams will rest and re-pack then start their descent to Paradise. We look forward to seeing them at Rainier BaseCamp later today. Congratulations to today's Summit Climb teams!
Leave a Comment For the Team (2)

Congratulations, Kaitlyn!!  Repping for team A! So proud of you ... let’s go again!

Way to go, McLaughlin brothers.  Your Vermont cousins are so proud!  Yahooo!

RMI is hosting several Prep for Rainier classes over the months of February, March, and April at local REI stores in the Puget Sound area. Join RMI's experienced guides to discuss everything that is needed to prepare for Mt. Rainier, including conditioning, trip planning, route selection, and equipment selection to climb Washington State's highest point! Come out to your local REI store to hear stories and answer your questions about Mt. Rainier!
Leave a Comment For the Team (2)

Hey, how about a class at the Spokane store ? I would be there. Would like to do Rainier this summer and it would be great to be prepared. Thanks. David 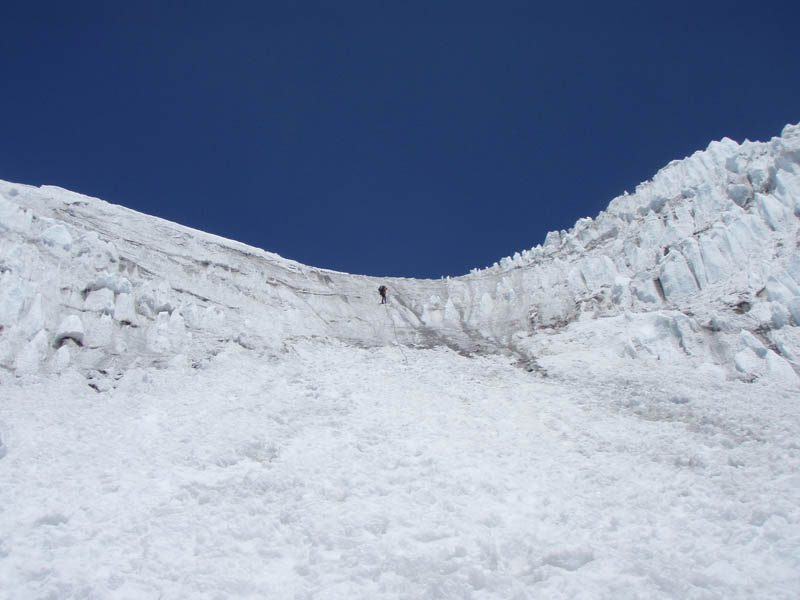 The Four Day Summit Climb led by Jason Thompson reached the summit of Mt. Rainier early this morning. The team reported a beautiful day with clear views and winds at about 25 – 30 mph. They also reported that the route work recently done made for great climbing. The Kautz seminar led by Mike Haugen also checked in this morning. The team topped out via the Kautz Route and began their descent at 9:15 a.m. Mike and team will stay on the mountain one more night and be back to Ashford tomorrow. The Paradise Glacier Seminar led by Garrett Stevens is on day 3 of their 6-day seminar. They will spend two more days lower on the mountain before moving up to Camp Muir for their summit bid. Beautiful day on the mountain!
Leave a Comment For the Team (2)

Congratulations to you all! you made it, crazy Uncle Dan!

Congrats to everyone. So proud of my son John and his buddy Andrew! Hope you had the time of your life! The Mt. Rainier Four Day Summit Climbs led by Paul Maier and Lindsay Mann reached the summit at 6:30 a.m. Both teams were able to enjoy the bluebird views for over an hour before beginning their descent at 7:50 a.m. Congratulations to the summit climbers!
Leave a Comment For the Team (1)

Summit! With a freezing level of 15,000', bluebird skies and no wind, it was a great day to be on the Mt. Rainier summit! After spending some time on the summit, the Four Day Summit Climb teams began their descent at 7:45 a.m. and are trying to beat the heat as they descend to Paradise. Congratulations to today's Summit Climbers!
Leave a Comment For the Team (2)

Congratulations Will!!!  So proud of you :) What an amazing feat!
Roxanne, Kurt and the kids

Congratulations, Will and team!!  So awesome! 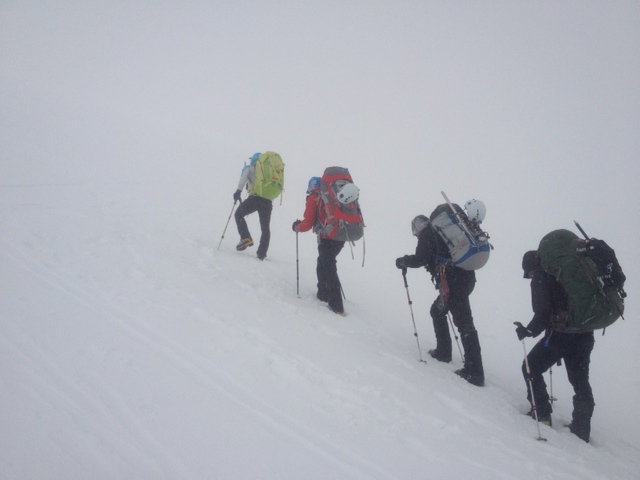 The Four Day Summit Climbs led by RMI Guides Paul Maier and Geoff Schellens were forced to turn around this morning due to deteriorating weather conditions. The teams reached the top of Disappointment Cleaver at 12,500' before making the decision to turn back. We look forward to seeing them back at Rainier BaseCamp this afternoon.
Leave a Comment For the Team

SUMMIT! Our Four Day Summit Climb Teams led by Paul Maier and Mike Haugen made it to the summit of Mt. Rainier today. The teams were able to spend a moment on top before heading downhill and are now en route to Camp Muir. Congratulations to today's teams!
Leave a Comment For the Team (2)

In the words of Ryan Newton ” I’m so glad my dad got to climb all the way to the top of the mountain!”.  Great job we can’t wait to hear all about it!!

Stephanie and Brian Ciske - did you summit today?