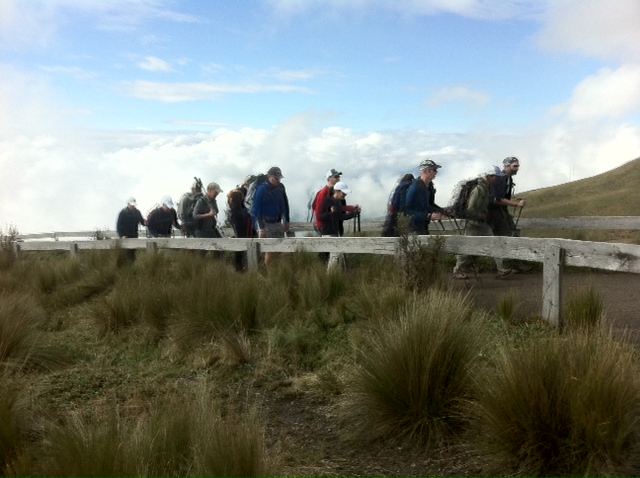 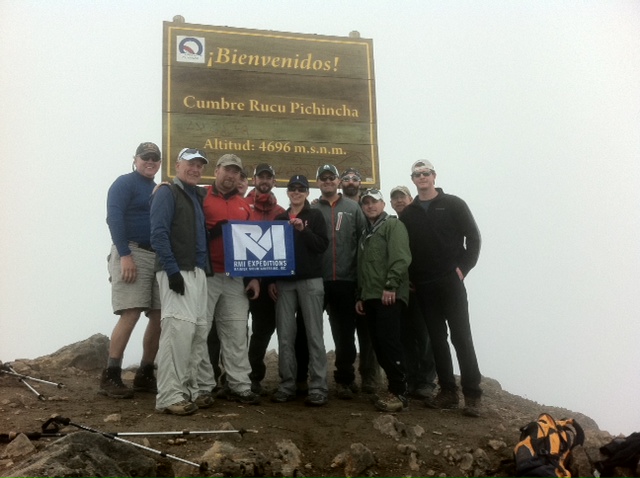 Hola Everyone, Today began much like yesterday. Breakfast in our newly remodeled hotel at 7:30 with the team preparing for the day's activities. But instead of taking a tour of Quito, we stayed close to home and headed ten minutes east of our hotel to the 15,500' Rucu Pinchincha volcano. This mountain gave Quito quite a scare in 1999 spewing large amounts of ash into the air which caused half of this enormous city to be evacuated. Nothing major came of the eruption. So today it is a prefect acclimatizing hike. Because it is only the team's second day in Ecuador, one might speculate that marching from 9,200' to 15,500' first thing might be a bit much. Not the case when a gondola zips you up the mountain side turning what should have been a two hour hike into a 10 minute cruise. We were a bit bummed to have thick cloud cover resting heavily in the valley but we lifted out of the mist at 13,000' and were allowed great summit views of both Cotopaxi and Cayambe, two of Ecuador's most impressive peaks. Once on the move our team showed their enthusiasm and readiness to climb. Led by RMI's local Ecuadorian Guide Fredy Tipan, we all headed 2.5 miles up a well traveled trail making good time to the mountain's summit. Several members of the group broke personal altitude records. We spent 20 cool and cloudy minutes on top before returning to the cable car. With a rather late arrival back in town, it was decided that a late lunch would set everyone up nicely for a leisurely evening and some much needed rest. We are all looking forward to leaving the city and seeing more of this beautiful country tomorrow. RMI Guide Adam Knoff

Great group and the pics are really beautiful!! Great job, keep working hard!! Charlie, I like your jacket!!!!

It’s great to see you all on your hike.  Thanks for sharing the photos and story.  Best of luck on Cotopaxi!  Do you see any airliners flying right over your heads?

Vinson Massif: Dave & Team Back at Camp After Summit 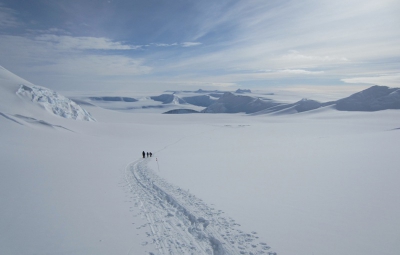