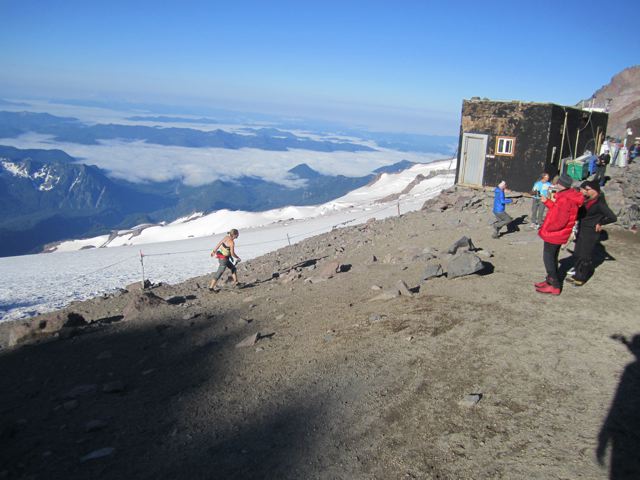 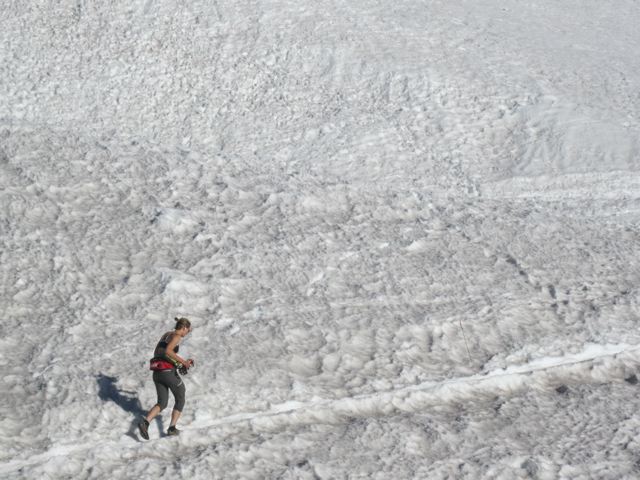 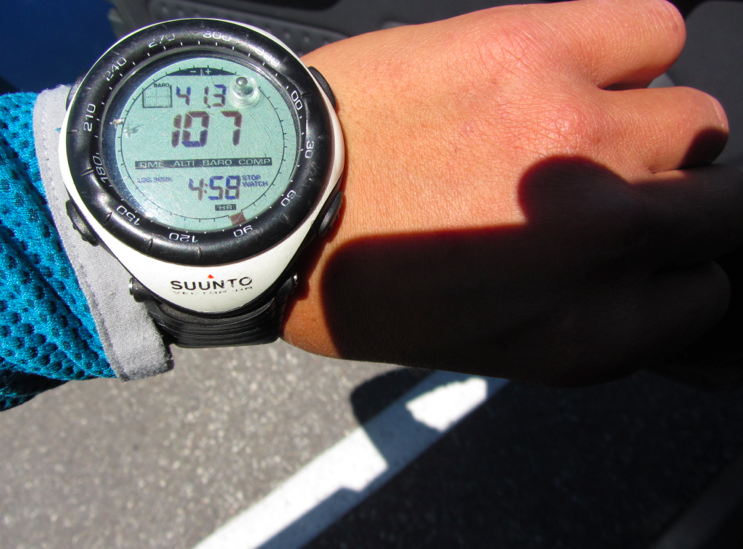 So impressive….and the very next day she was guiding us up! Superhuman!

While at Mountaineering Day School with RMI Guide Lindsay Mann, we saw a few seconds of this very epic run, as you flew down the mountain.  Awesome!

Holycow girl, you are UH-MAZIN’!!!
My best time was 4:50, and that was just to Camp Muir…lol.
Kudos to you…I only wish I was there that day to see you…my new hero:-)