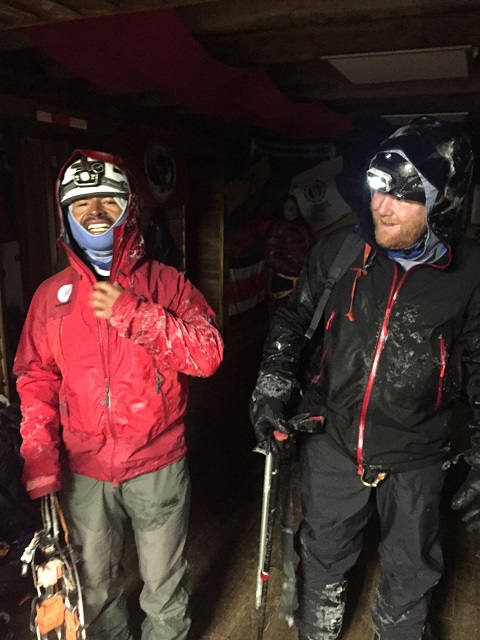 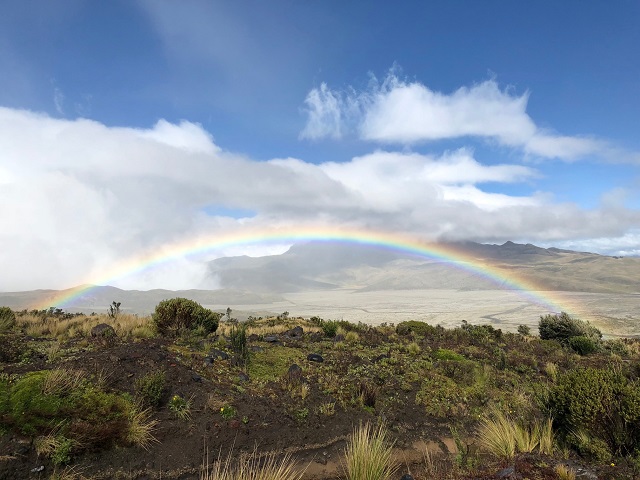 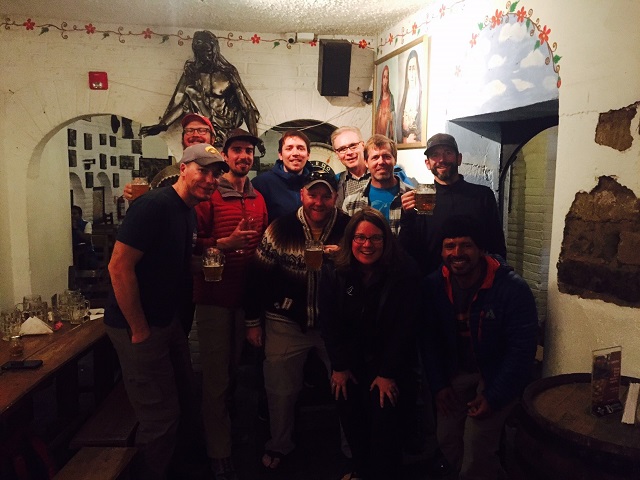 Muchas Gracias to everyone who followed our team as we set out to climb two of Ecuador's highest mountains. The RMI Ecuador Volcanoes climbing adventure wrapped up yesterday back in the city we started in but our day was anything but ordinary. On Sunday morning we all packed up at Chilcabamba eco lodge after a great day's rest. From there we made our way up to the Jose Ribas Refuigo located at 16,000 feet on the northern slopes of Cotopaxi. At 11 pm, our final day together began. We knew the weather on this giant volcano had not been good for at least three days so we were hoping by the time we arrived and settled in things would be improving. This hope was dashed even before we arrived at the hut. From the time we stepped off the bus to the time we put on our crampons and readied ourselves for the climb, nothing had changed. The winds blew a steady twenty with much higher gusts. Add on top of that a snow so wet I was calling it white rain, and you have yourself a pretty rough climbing day. We all left the hut together at 1:30 am along with 25 other motivated but not necessarily optimistic climbers. 30 minutes into the climb we all resembled walking popsicles but our psych remained high. Things quickly began to deteriorate the higher we went. By 17,000 feet, the mountain had made our decision for us. There would be no summit attempt. Other teams continued on past our retreating group but we saw them back in the hut a few hours later tired, cold and completely encased in ice. They gave the climb a valiant effort but no one came close to reaching the top. I'd like to think we made the smarter choice. After our short attempt we phoned the magic bus and had Victor arrive early so we could escape the angry mountain. By 9 am were bound for Quito. Waking up at 11 pm always throws the body for a loop so a good lunch led into a nice siesta which then led into one of the most enjoyable final evenings I can remember. Thanks to our beer loving Iowa boys, we found ourselves in the beautiful old town of Quito, drinking great locally crafted beer at Bandido's Brewery. The pizza was top notch, the setting unique and the beer superb. The company could not have been better. We told stories of our adventure and made plans for climbs to come. This journey could not have ended any better! Thanks to everyone on the team for being so supportive, flexible and positive. From a guide's perspective we could not have asked for better! Ecuador Volcanoes Out........ RMI Guide Adam Knoff

Kilimanjaro: Grom & Team Start Off at the Machame Gate