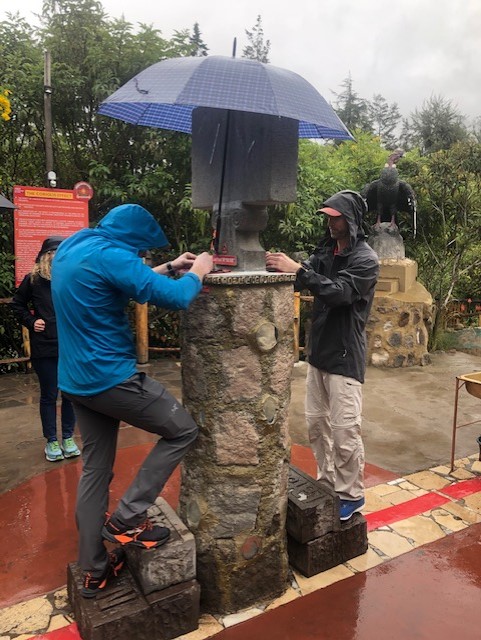 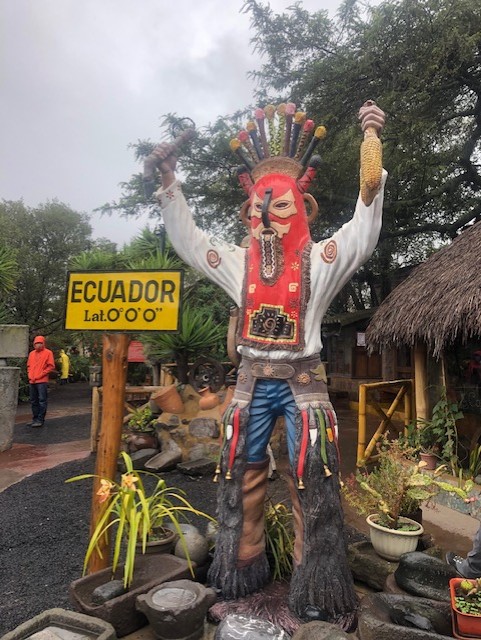 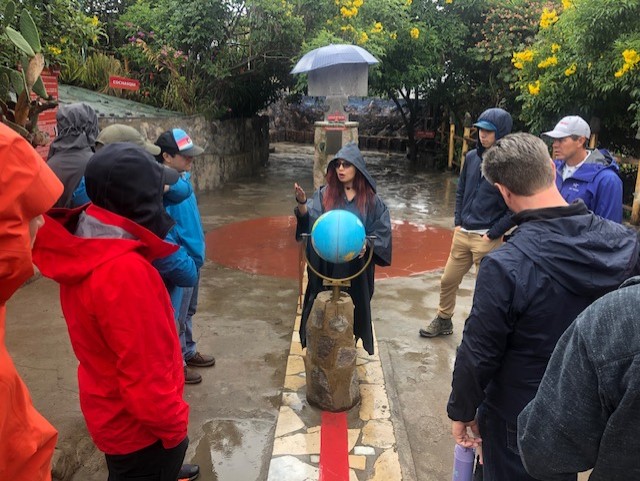 Today the entire team was assembled for the first time.  With a couple last minute emergencies, the group is now down to eight.  We are disappointed some folks had to cancel, however we are happy to report that all who planned to make it here are in country with luggage in tow.

After a quick orientation we were shuffled onto the bus for a tour of Quito and a trip to La Mitad del Mundo (The Middle of the World).  This is not a reference to Middle Earth, but instead is a museum at the Equatorial Line.  We were treated to a variety of scientific representations of the Coriolis Effect.  Two members of the team were able to balance an egg on a nail.  In reality, this is possible anywhere in the world but Dustin keeps a close eye on this activity for when it comes time to assign rope teams.

Our tour then proceeded to El Panecillo and old town Quito.  It rained for most of the day, but we made the most of it and it cleared up just enough on top of El Panecillo to have a great view of the city.

By the time we returned to the hotel most of us were pretty exhausted.  Many team members' flights arrived late last night so people were given the choice to run around town or just relax in the rooms.  I think most chose sleep!

We are all in good spirits, healthy and ready for our first acclimation hike tomorrow up Rucu Pichincha.

Mexico’s Volcanoes: Davis and Team Reach the summit of Ixtaccihuatl