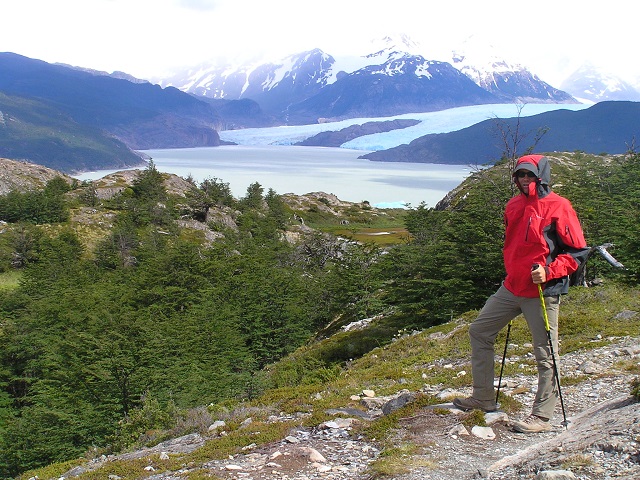 The equator of our journey has been reached; greetings from Lake Grey. We had an interesting (by all means) hike between "Los Perros camp" and Grey Hut. With the longest of our stages ahead, an early start despite the lingering rain showers, was required. Soon after dawn we were packing up and heading uphill towards Gardner Pass, the highest point of our entire trek, with deteriorating weather. The rain became snow, and the wind gusts plastered it against our gloves, packs and faces reminding us of where we were. But the group didn't give in, and despite a long 3 hours of unpleasant coldness, slippery trails and loaded packs, we reached the saddle that would initiate our descent to the western slope of the Olguin Range. Winds died down, precipitation vanished and clouds lifted; the Patagonian Gods had now befriended us as a recognition for the perseverance of everyone in the group. As a reward, they laid out a view of the Glacier Grey, one of the terminus of the Southern Patagonian Ice Field, the third largest continental mass of ice on the planet. Wow. The day continued uneventful, warm and pleasant, just with long hours of hiking to complete a 13 mile day of rugged terrain that, after five days, brought us to the place where day tourist visit coming by boat from the other side of the lake, completely oblivious of what it takes to make it here unmotorized. RMI Guide Elías de Andres Martos

You promised Dad this was piece of cake.Be careful for him. (I know you are having a blast and he’s just a wuss….ignore him, just like usual). He’s checking his weather channel iPhone app all the time to see whats going on, cant wait to hear all about it. Get lots of close-ups of you and your crew. YTG Monster Boy

Fay and I are following you daily on your journey!  We are so proud of you and truly the entire group.  It is often the most difficult things we do that end up being the most satisfying. 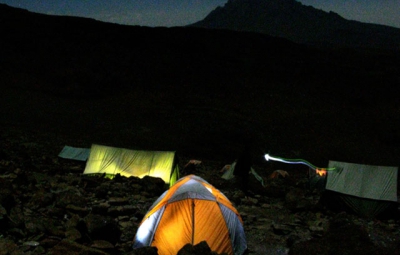 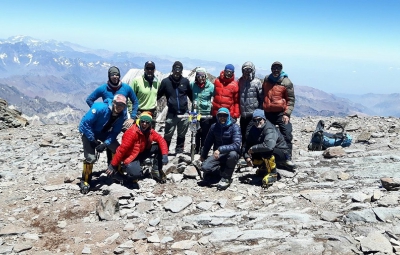 Aconcagua: Nugent & Team Call from the Summit of Aconcagua