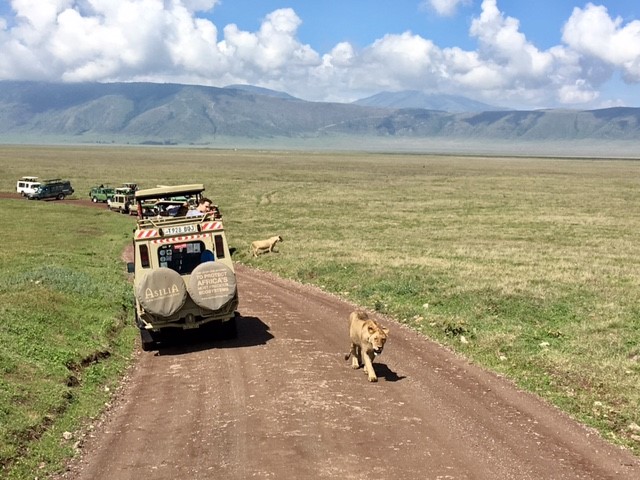 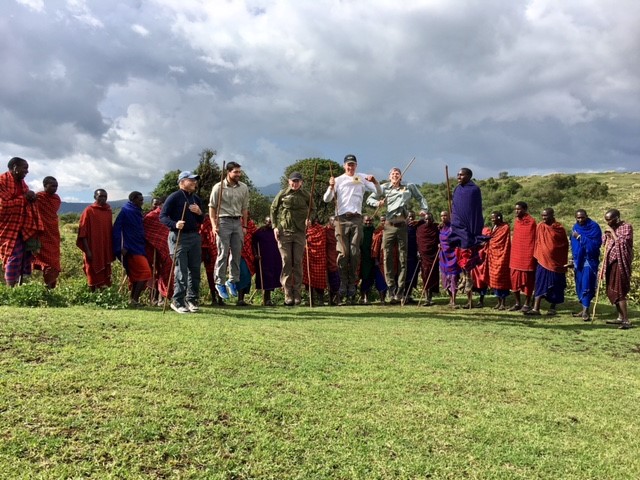 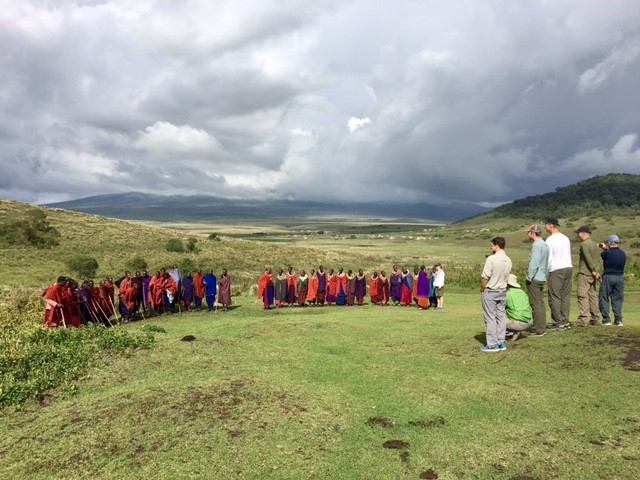 Today we visited the famous Ngorongoro Crater, and considered by many to be the 8th wonder of the world. The crater is what remains of a once massive volcano that erupted and collapsed on itself, leaving behind a giant caldera that's almost exactly 100 square miles. Every time we've visited the crater it's been excitingly different, and today was the same. We were able to see many lions, some close enough that they actually stopped to smell the tires of our Safari vehicles. However, we were safely inside our vehicle, yet it was extremely exciting to be so close! As we made our way around the Ngorongoro crater we saw tons of other wildlife, zebras, Cape buffalo, wildebeest, jackals, Giselle, countless raptors and many other large birds. It was quite a day to say the least, and I'm certain one that won't be forgotten by anyone. We wrapped up the day with a visit to a Maasai village just outside the crater rim. The Maasai people are a nomadic tribe that have lived here for more than 500 years among the wildlife, while raising the cattle that sustain them. The team spent time visiting the homes of these kind and gentle people, with tour guides who shared their history and way of life. We finished the evening here at the plantation lodge and are looking forward to what tomorrow may bring as we head to Tarangire National Park. RMI Guide Casey Grom