Saturday, July 7, 2018 2:37 AM PST Some days you eat the bear... We’re down at 11,000 ft. We had lofty ambitions this morning but Denali played hard to get. There was a mean wind blowing through much of the night and sadly right through the morning. We waited it out as long as we could but called it at mid day. Tough as it was to let go of the summit, it was pretty obvious that it was out of reach under the circumstances. We broke camp at 17 and got moving down -as did every last climber on the mountain. A storm is moving in, according to the forecasters. For that though, today was spectacular once we were on the move. There is a bunch of forest fire smoke creating a haze, but we still got great views down to the Kahiltna Glacier as we carefully walked the ridge crest, dropped down the fixed lines, dug out our sleds at 14k and pushed on around windy corner with heavy loads. We piled on down the squirrel hills and motorcycle, and came into 11,000 at 9:30 PM. Our tents went up fast and dinner wasn’t far behind. The air down here is chock full of oxygen and it isn’t nearly so cold as we’ve gotten used to. We’ll get some low altitude sleep and plot our final escape to the airstrip soon. Best Regards, RMI Guide Dave Hahn & Team

What an awesome team. The best part of mountain climbing is being on the mountain and experiencing nature first hand. We are really proud of you all.

Hey gang. Congrats on a great effort.  It sounds like Mother Nature was tuff today.  I’m glad you’re all well and safely at 11k camp.  Enjoy the good air and a safe trip to the airstrip.  It was a treat sharing time in the mountains with all of you. Jon

Awesome Climb Tom, Dave , Hanna and team! You gave it your best and that’s all that counts. As a farmer I know Mother Nature is still the boss! Be Proud of your Experience and Acomplishment!

I’ve been following you, my fellow climbing mates, for the last 10 days. I’m sad for you all that the summit wasn’t to be reached, this time. But I’m in awe of your persevered to get to the admirable point you did. What an accomplishment! Enjoy the deep breaths and the reward dinner in Talkeetna! Love to all.
Margaret Ruf

So proud of you Tom and your amazing climbing team!  Looking forward to hearing all of your stories and giving you a big hug when you get home.  Love you to the moon and back.  Lori, Carolyn and Bella 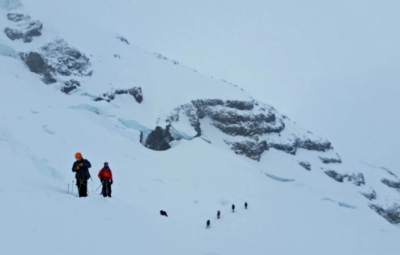 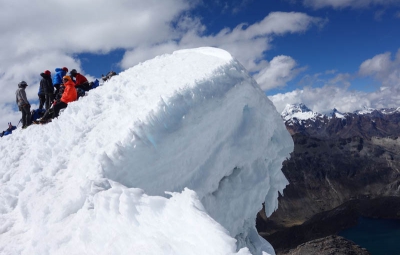