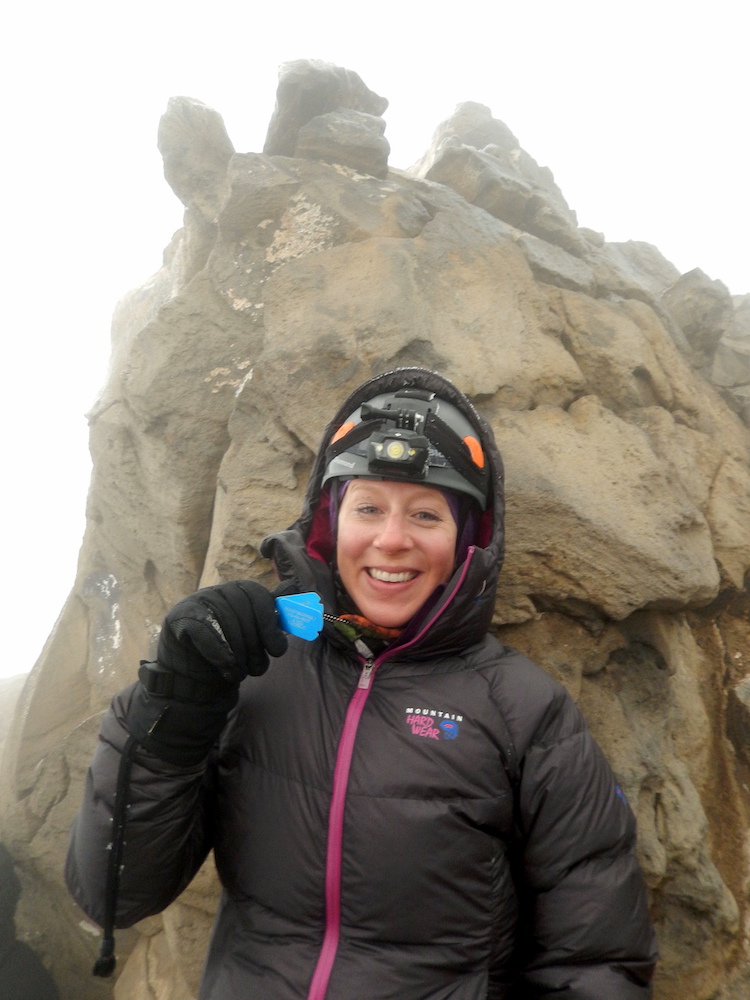 Rue Beyer on the summit of Mt. Rainier in July 2014. I looked at her, confused, not realizing we were standing on the summit or at least a few hundred yards away from it. I lagged behind the team getting to the summit and was walking with Tyler when I turned and started puking on the side of the trail. He laughed and said I wasn’t pressure breathing. It could’ve been that or the lack of calorie intake, but I felt much better afterwards even though I looked awful! After photos and signing the Summit Registry, I asked Tyler if he would film a video for me. So I sat down and started speaking to the camera as though I was talking to Franco, trying to rally his sprit the way he’d done for me for years. It was an emotional moment for me and even Tyler was getting excited from how charged up I was. We made our descent and I was even more in awe of what I saw coming down that I couldn’t see in the dark going up. It was breathtaking! We made it back down to Paradise and my face had horrendous sun/wind burn. I was pissed that the sunscreen I used didn’t work very well. I got back to my hotel that night and really felt it: the sunburn and the euphoria of my first mountain climb. I was hooked! I knew right then this was something I loved and wanted to keep doing. 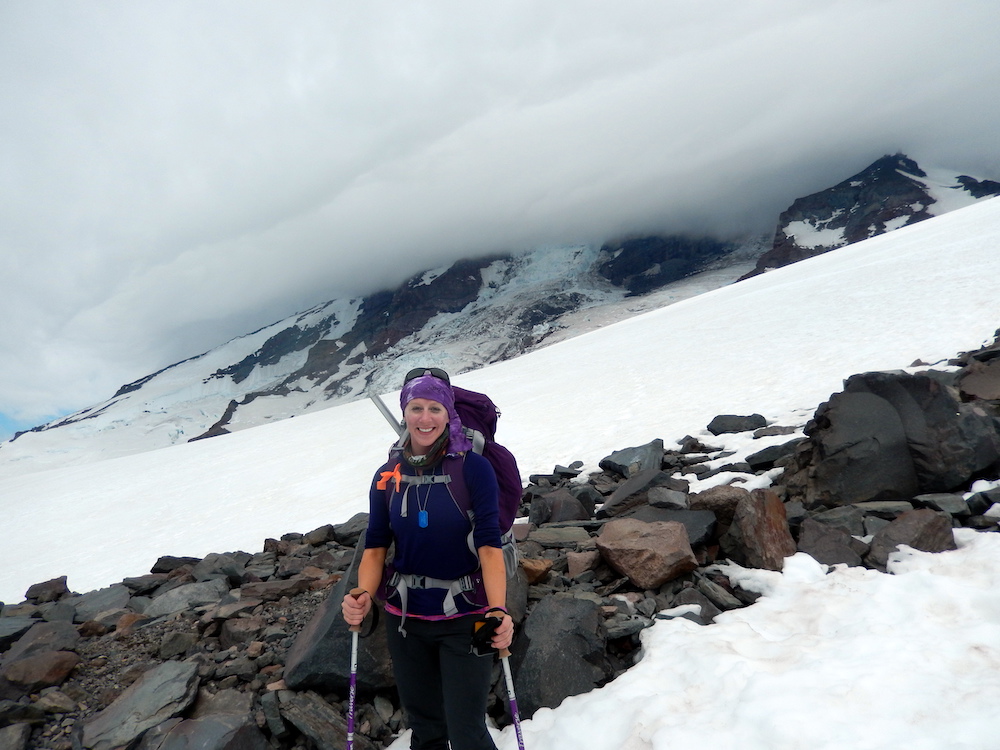 All smiles as Rue Beyer descends the Muir Snowfield after reaching the summit of Mt. Rainier. Six years later and I’m still climbing. I’ve traveled to places I never thought I’d go, met some of the most amazing people who are now lifelong friends, grown and healed as a person, learned many lessons through many mistakes, and found that I’m at my best when I’m in the mountains. Thank you, RMI and the guides I’ve climbed with, for providing all these amazing opportunities and experiences!  Cheers, Rue Beyer