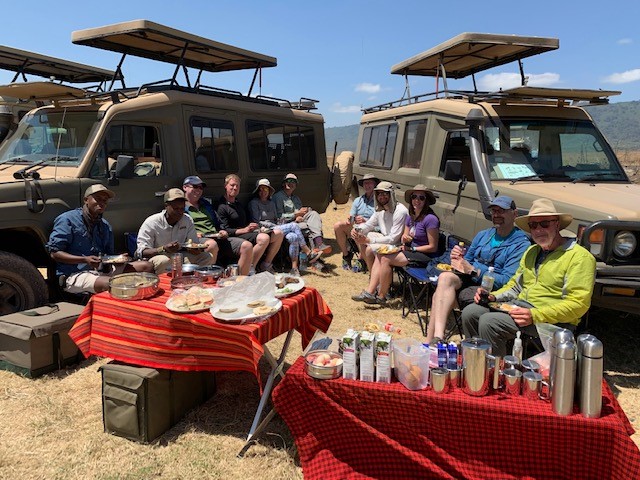 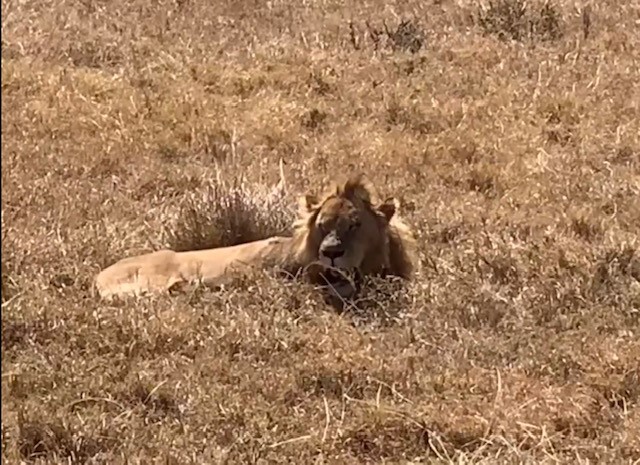 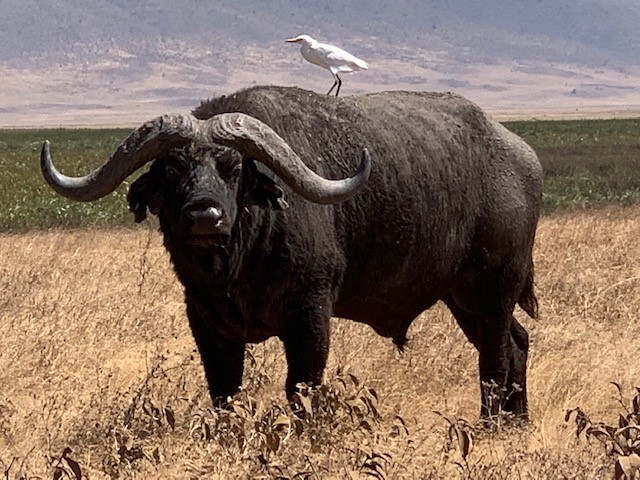 It was cloudy and cool at Plantation Lodge when we set out at 7 this morning. And it was cloudier and cooler still when we reached the rim of the giant collapsed volcano that we intended to spend the day inside of. We each had jackets or sweaters on as Fabian and Godson brought the Landcruisers down the steep and exposed road into the Ngorongoro caldera. We began seeing wildlife immediately. Herds (big herds) of wildebeest, zebra and Cape buffalo. We went on the prowl, looking for big cats and rhinos. This would be our only opportunity to see black rhinos... but we came up empty on that score. Those guys were a little too shy to come into range of our binoculars. We did see some cats -big and small- there was a serval cat and there were some lions. We got a look at a lioness staring intently through the grass at some unsuspecting buffalo. And ultimately we saw two full grown male lions lounging on what turned out to be a sunny afternoon. We saw hippos and elephants and secretary birds and bustards. There were hyenas and jackals and vultures. By day’s end, we were barely turning our heads to see gazelles as they’d become too run of the mill and common. We saw plenty of other Toyota Landcruisers -it is high season for tourism after all. We crisscrossed the crater and bounced over darn near every dirt road, still standing with our heads out the tops of the vehicles at 5 PM trying to see every last critter and geological wonder we could. Finally we escaped the caldera and came home to our comfy hotel. We watched the sun set and the moon rise, had a relaxing and reminiscing outdoor happy hour before a fine dinner in the dining room. Best Regards RMI Guide Dave Hahn