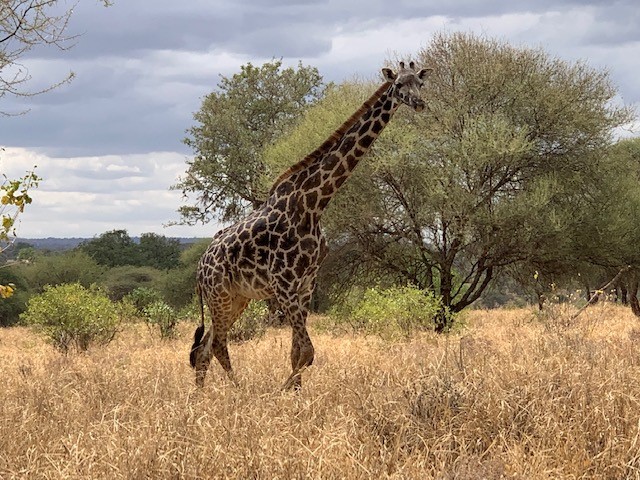 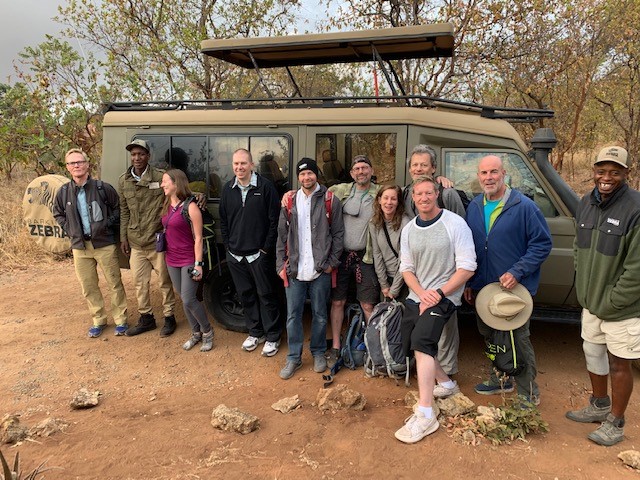 Our team loved sleeping in the "tent cabins" of Balloon Camp. Deep within Tarangire National Park and with no fences separating us from the wildlife we’d been observing, we were careful to observe rule one... don’t go out in the dark without an armed escort. It was still a little dark when we got the day going this morning. We enjoyed breakfast and then we split up... which might have been traumatic except those going in the "early car" were either heading home or to the beach and those of us in the "late car" were going out for a morning Safari... there were no losers. Those of us on Safari were immediately on high alert in the cool morning air, looking hard for leopards and lions. We searched along the margin of a vast and beautiful marsh and went good long stretches without seeing other people or cars. This certainly added to the thrill of discovery when we came upon two mature and majestic lions and one gorgeous lioness lounging about and waiting for the plentiful wildebeest/zebra/impala/elephant/giraffe/ostrich/water buck/buffalo/tourist to get careless and come within range. That didn’t happen while we watched, but then we didn’t watch for very long on this final day... there was still too much good stuff to see. About mid morning, we came upon a big pride (the count got tricky in the tall grass after 8 -including cubs and a full-grown male) going hunting. They stampeded zebra and wildebeest -which was exciting to see, and made their kill out of our viewing range, which was actually ok since by that point we were heading for the park gate and Arusha and scheduled flights home. There was still time in late afternoon back at the Arumeru River Lodge for a pre-flight shower, a re-pack and a good early dinner together. But then we had to say our goodbyes and break up what was left of a great team. Oddly, the most repeated declaration today was “this was more fun than I thought it was going to be”. We’re declaring victory for the RMI Expeditions early August Kilimanjaro Climb and Safari. I’m sticking around for the late August one as well. Thanks very much for following along to this point. Best Regards RMI Guide Dave Hahn