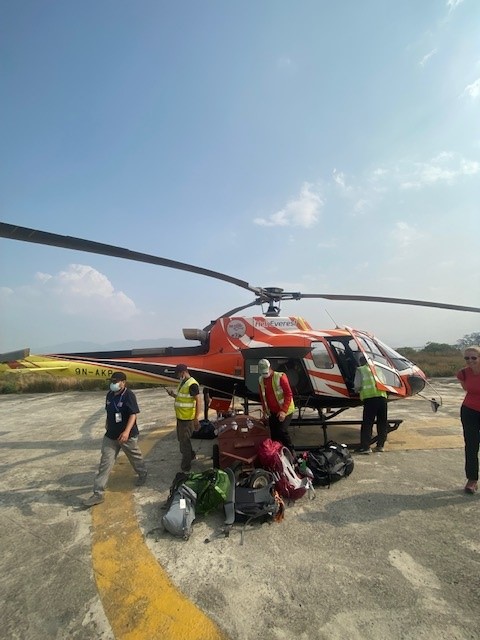 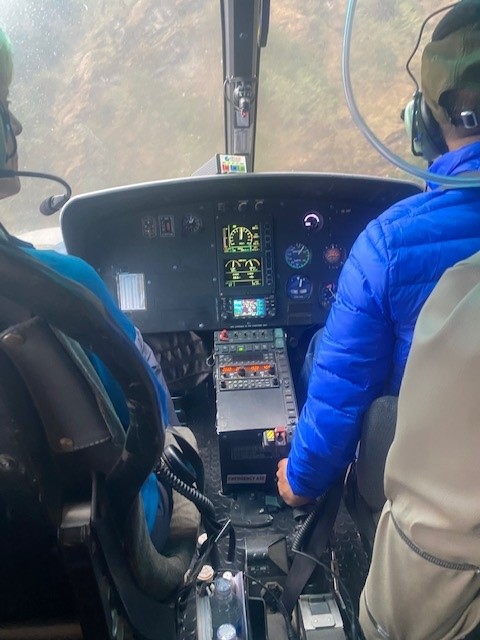 We made it to the Khumbu!  Normally I wouldn’t sound so excited but this was not an average day of travel.

Our day began with a modest 3:45 am wake-up call from our comfortable air conditioned rooms so we could get all of our luggage and bodies to the airport by 5:15.  Our flight to Lukla was scheduled to depart at 6 which in theory would put us out of the smoggy Kathmandu valley and into the mountains at 7 am.   Everything is good in theory until a human makes a silly mistake or Mother Nature takes the reins.  In our case it was the later that began to send our perfectly good plan into a tail spin.

Landing in Lukla, which sits at 9,000 feet literally dug into a mountain side is considered one of the most challenging places in the world to land a plane, so conditions need to be just right.  Today they were anything but.   By 10 am we actually loaded a bus, got transported to the plane, sat on that hot and sweaty bus for 30 more minutes then got word the conditions deteriorated suddenly so all flights were on then off again sending us back to the terminal.   By 1pm, 8 hours after arriving in the terminal we had moved a total of 20 feet.   As reports of continuing bad weather reached us, we knew our chances of flying were dwindling.

So enter Plan B.  If a fixed wing can’t fly, sometimes a helicopter can.  And fly it did!  After another hour and half of finagling we rounded up two birds to take the entire group, with luggage to Phakding, our scheduled place of rest for the evening.   Wait, wasn’t there bad weather up there? Yes, and because of that we had to make an unplanned landing well below our village to avoid sinking clouds and big scary mountains.   So enter Plan C.

The group flew in separate helicopters with one group making it on their second attempt and myself and Eva still stuck below.   After much head scratching about how to reconvene the next day, our pilot motioned Eva and I to quickly load up so he could make a last ditch attempt at keeping the group together.   By some blessing of karma, the clouds parted just enough to make it happen and we landed literally as the clouds began to close in again.   With blades still running we jumped out, threw the luggage off the helicopter and off he went.   We were both glad to be on the ground and not heading back into the ensuing white out.

As the bird disappeared we counted our blessings and began our efforts to find the rest of our team.  Twenty-five minutes after landing we were all reunited drinking tea at the Sunrise Hotel in Phakding.

A warm fire, big dinner and a couple beers prepared us for a well deserved sleep.

I was impressed how the team kept a positive outlook and rolled with the punches despite an unpredictable outcome.

Tomorrow we begin our actual trek towards Namche.   Follow along for hopefully a less intense entry tomorrow.

I’ve read several books about climbing Mt. Everest and love keeping up with your trek!

Best of luck and good weather.