Expedition Tajikistan: A Ski Traverse of the Fedchenko Glacier

This spring I teamed up with an international crew of ski mountaineers to traverse Tajikistan’s Fedchenko Glacier. Before the expedition, I had hardly heard of Tajikistan and certainly had never dreamed of crossing one of the longest glaciers outside of the Polar Regions. When the opportunity arose, I couldn’t say no. A high mountain adventure to a central Asian country on the northern border of Afghanistan wasn’t something my sense of adventure would just let me walk away from. 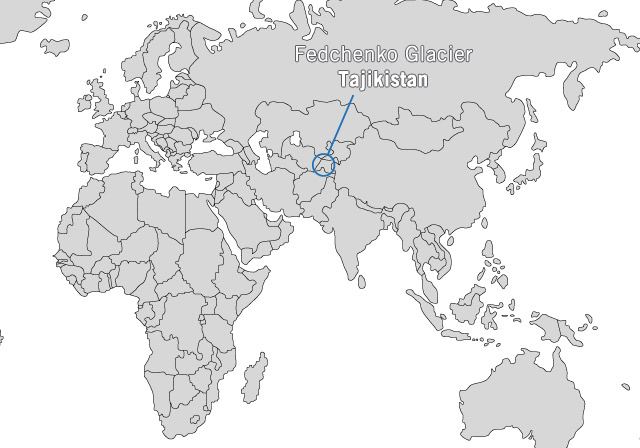 The trip came to life three years ago when three Canadian skiers hatched the idea and began the logistics. I was brought on because the team wanted two more experienced ski mountaineers for the remote and relatively unexplored zone of the Pamir mountain range. Having traveled in developing countries before, I knew that I not only wanted to travel, climb and ski in this remote range, but to give back to the mountain communities that would help inevitably help us on our adventure along the way. As I packed my gear for the trip I noticed how much great warm clothing I had to choose from and I realized that I didn’t even use half of it anymore. This was it! I could get people to donate the winter clothing they hadn’t used in years and put it to good use in a country where access to technical apparel was slim to nil. I began a clothing drive and between me and my teammates Holly Walker, Emelie Stenberg, Vince Shuley and Selena Cordeau, we were able to collect and give 350 pounds of clothing to give to the Tajik people who needed the clothes far more than we did. The good vibes from the clothing drive started our trip on a positive note - which was good, because it was a long, hard trip. We planned on one week for getting on and off the tributary glaciers to get to and from the Fedchenko. It ended up taking us thirteen days, nearly twice as long. We planned on setting up three basecamps and skiing 6000m peaks for two weeks; we were tent bound for six of those days due to weather. On top of all that, the snowpack was just about as unstable as it could get. This greatly limited what we were able to climb and ski. 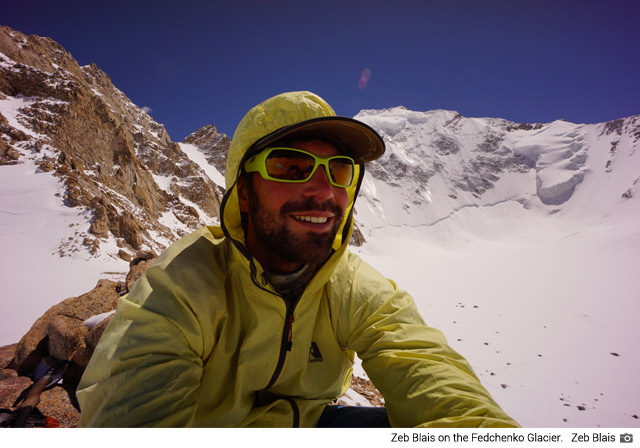 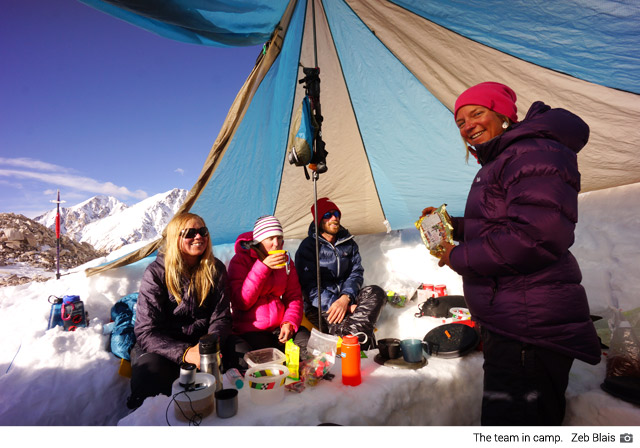 Despite the hard work and frustrating snowpack, we had an amazing trip. Massive valleys, towering peaks like Peak Ismoil Somoni (formerly Peak Communism) and Independence Peak (Peak Revolution) and miles of ice surrounded us in a grand scale. We were in a place that few people had been before and completely isolated except for our DeLorme InReach two way satellite texting device. It was humbling and inspiring. We met our goal of traversing the Fedchenko from our starting point in a town called Poy Mazor to its head and descended out the beautiful and rugged Tanimas Valley. Due to the exploratory nature of this trip and having little information about our exit, we left ourselves a few extra days before we would all have to fly home. 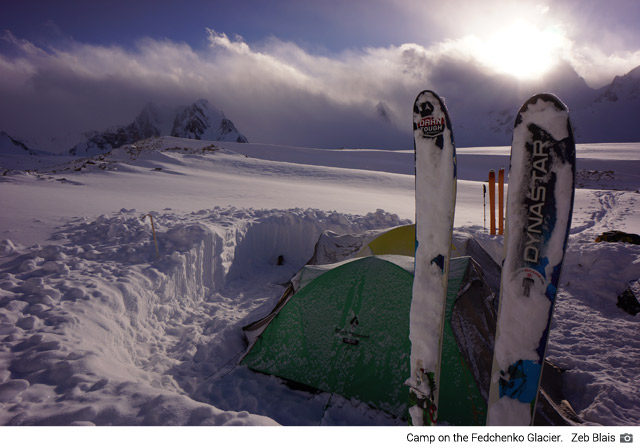 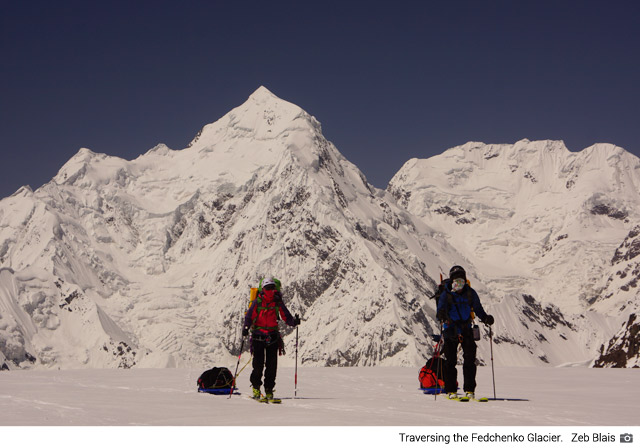 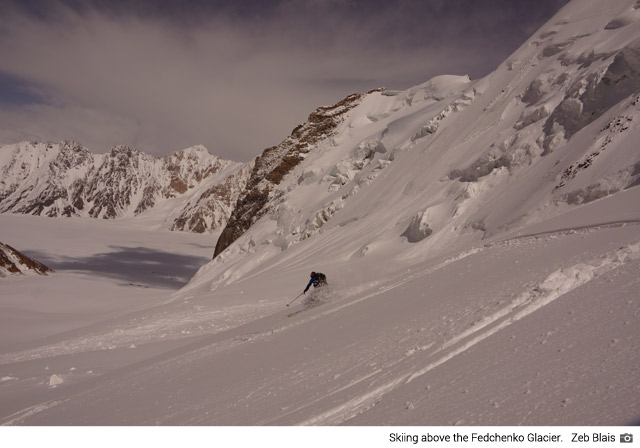 Our extra days were spent regaining some of the pounds we lost during the expedition eating fresh tandoor bread, kebabs and local apricots and cherries. People greeted us everywhere and invited us to share bread and tea with them even if they couldn’t speak a word of English (and we could only muster hello and thank you in Tajik). The team left Tajikistan with a good taste in our mouths in more ways than one. We explored and lived in a high mountain range for 29 days, were exposed to the kind and generous culture of the Tajik, Pamir and Afghan people and came home safe! Thanks to the Eddie Bauer/ RMI Guide grant for assisting me in this amazing pursuit. The lessons I learned on this trip will forever shape my decision making and goals in the mountains. Until next time... _________ Zeb Blais is a Senior Guide at RMI. He has climbed and skied mountains throughout North America. When he is not guiding, Zeb teaches avalanche courses and ski patrols at Squaw Valley in California. His spare time usually doesn’t save his feet from ski boots.

Kilimanjaro: Waterfall & Team Check In from the Shira Plateau