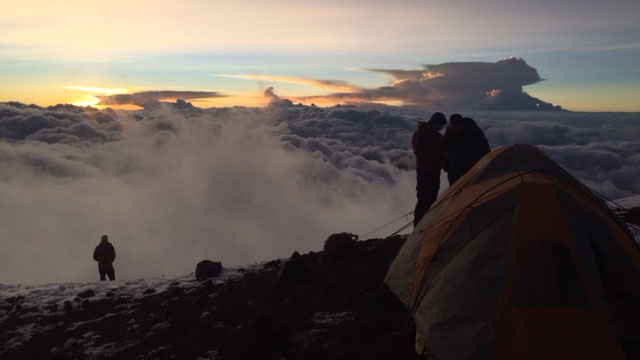 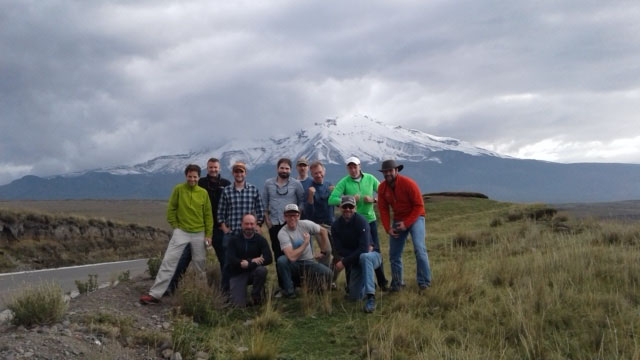 Hola From Quito, What a change from 24 hours ago.   As I write this the horns from Quito's busy streets blare below our window and the team is preparing with hot showers and clean clothes for a dinner on the town.   This wasn't the case last night.  Twenty-four hours ago we were camped at 17,500 feet on a small perch located on Ecuador's highest peak.   For weeks now Chimborazo has thwarted climbers attempting a summit push with unusually bad weather and deep snow.  I am sorry to say things haven't changed.   After a solid meal of freeze dried chicken and rice we hit the tents for a few hours and tossed and turned until the alarm went off at 11:30, pm that is.  From here we ate a hasty breakfast and geared up.  The sky was clear so hopes were high.  The first two stretches of climbing were going well until we hit the end of the trail made by climbers the previous night. We took a break at 19,000' and had a long discussion about what was happening with the snow conditions and how that played into an ever-steepening route.  In the end we could not justify continuing up into the unknown with a team of 13 climbers.  All the other teams on the mountain had already turned around but we held onto hope for just a bit longer.  Finally we had to make the call to turn around. Chimborazo has not seen a successful ascent yet in 2017 and for now it will stay that way.   Even though the team did not summit we gave it a serious shot which our bodies will confirm.  So after dinner I'm sure we will toast a great journey and then crash hard for a restful 12-hour snooze.  We are all looking forward to coming home to see our families. Thanks for following along. Hast Pronto- or until next time. Team Ecuador saying adios. RMI Guide Adam Knoff