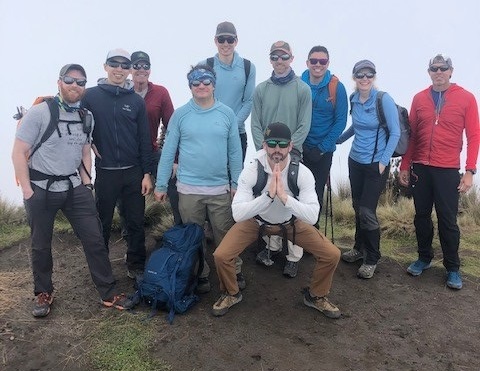 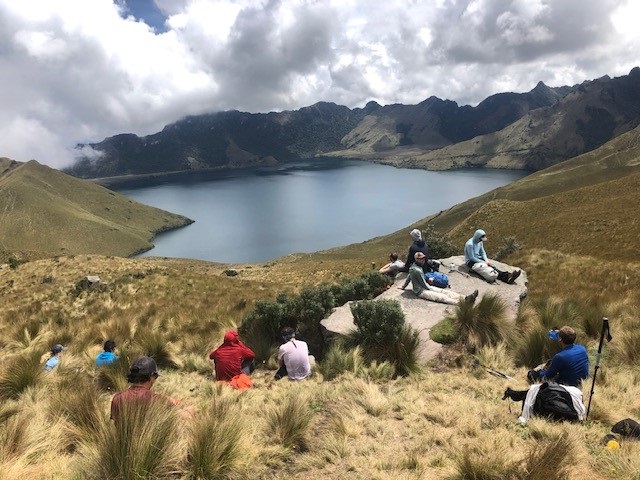 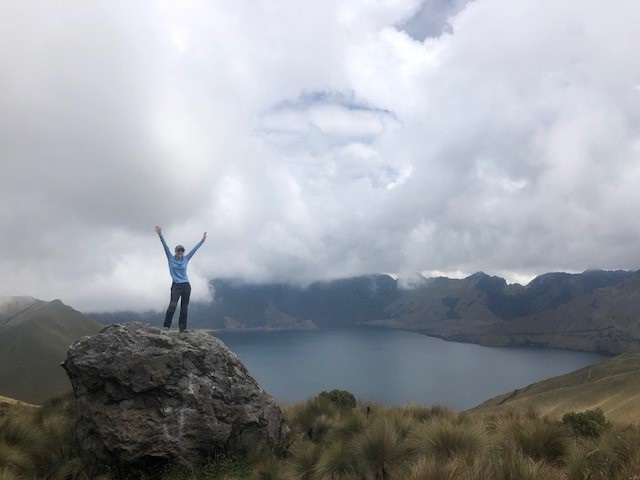 Yesterday as our team of acclimating, moth parenting, cloud touching gringos strolled up Rucu Pichincha, a storm was unleashing 40 miles to the south.  In Espanol they might say it was raining perros y gatos, but luckily we never felt a drop.  Ever since the team arrived, our weather has been a bit squirley leaving us to wonder if we might actually get wet somewhere along the line.

As we packed Victor’s magic bus today, the clouds swirled above but not as noisily as the traffic around us.  Forty-five minutes after departing our gracious hotel hosts, we gathered speed around a four lane roundabout and were literally shot out of the city like something breaking free from a strange orbit.  Three hours and 50 miles later we found ourselves at a beautiful crater lake named Largo Mojanda.  As Americans we want to pronounce this with a true "j" sound, making this lake sound like some kind of volcanic jelly, but in Espanol, the "j" sounds like an "h" and the "o" is long giving it a more majestic feel.

The mountains we climbed don’t take as much tutoring to figure out.  Fuya Fuya is the name of the twin peaks we ascended leaving only images and not so much phonetics to the imagination.  Much like yesterday, the weather held and we were blessed with another summit and beautiful vistas of the deep blue lake and surrounding peaks.  The climbing wasn’t difficult but watching Jerome plunge into the frigid water was.  When he asked me it it was okay to swim, I looked at him and said, “I don’t know, is it?”  I certainly wasn’t risking my skin against fresh water volcanic flesh eating trout.  He went in but came out quicker.

From the lake we descended the bumpy cobble road to our favorite lunch spot and then to the hacienda for some rest, packing and preparing for tomorrow’s big move to 15,000' on the flanks of Cayambe.  This is a big jump so wish us luck.  But, before we go to the mountain we will go shopping!  All faithful blog followers get a gift.

Awesome job guys. Sounds like you have an extremely strong team. Wishing everyone a safe and successful summit.

Glad to hear the weather has been good for your journey. Enjoying the pictures that are posted. Save up your energy. Sounds like you all have lots of hard work ahead. Remember…lots of people are cheering for you!!! LUMTA 1TF

Hoping this summit attempt is safe and successful.  Mom

Aconcagua: Smith & Team Back in Mendoza