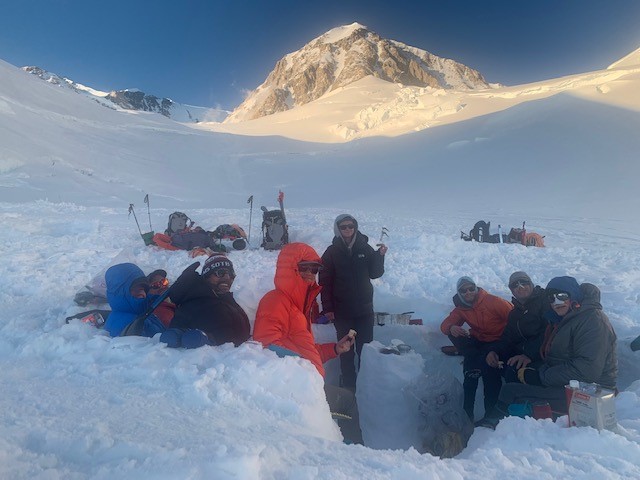 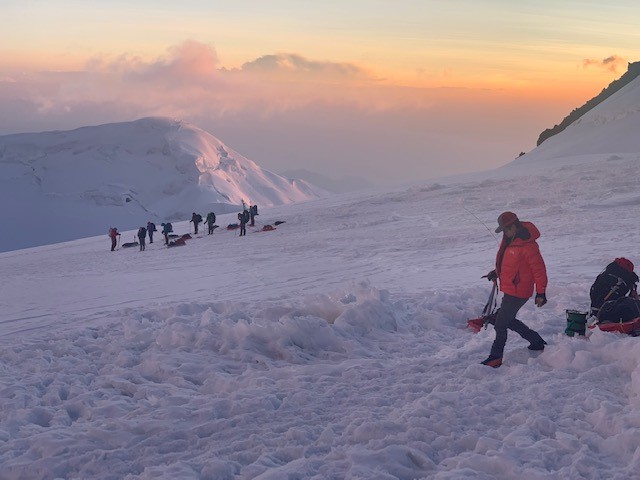 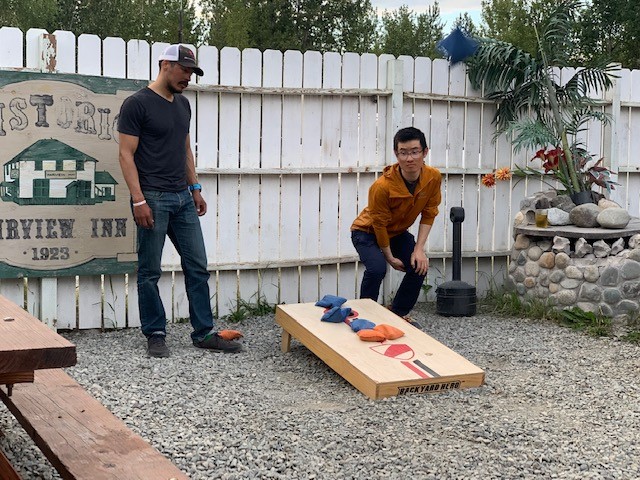 We are calling ourselves lucky.  Very lucky.  The clouds moved away long enough for the glacier surface to freeze up for our nighttime ramble down the lower Kahiltna.  We started walking down from 11,000 at 12:30 AM.  The midnight sun was beautiful on the peaks around us as we cruised down in the cool shadows.  The first hours, to the base of Ski Hill, were straightforward… then things got complicated.  Lots and lots of crevasse crossings.  But that is where the freeze helped immensely.  It also didn’t hurt that other teams preceded us, breaking into holes and showing us where not to walk.  In the end we made it through without any collapsed bridges.  It took about seven hours to get to the airstrip.  Half the team flew off in a K2 Otter just before 10 AM but before the plane could make it back for the other half, clouds rolled in.  They didn’t roll away until mid afternoon, at which point the Otter swooped in to get the job done.  We were the last team on Denali for the 2022 season… and then we were just a bunch more tourists in Talkeetna with funny tans.  The team had a celebratory dinner at Mile High Pizza Pie, and then a late night Cornhole tournament in the beer garden of the Fairview Inn.  A little live music and a nightcap (or two) put a finish on an excellent expedition.  Thanks for following.

Congratulations to Jim Karmozyn and the entire team on a safe and successful climb and return.

Woweeee!  So proud of you all!  What an awesome, incredible journey!  We thoroughly enjoyed following along.
Welcome back!

Safe onward journeys Dave and team as you disperse to your corner of our world.  May good fortune stay with you now and for all your future life adventures.  You’ve all made Denali an indelible part of your lives.  Thank you for sharing your expedition.  You are all AWESOME!