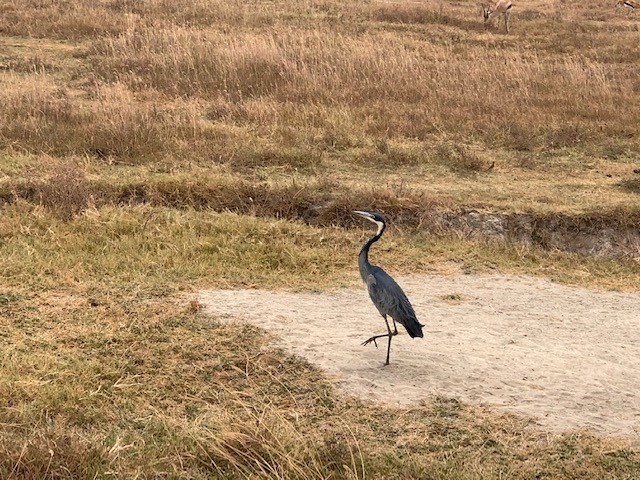 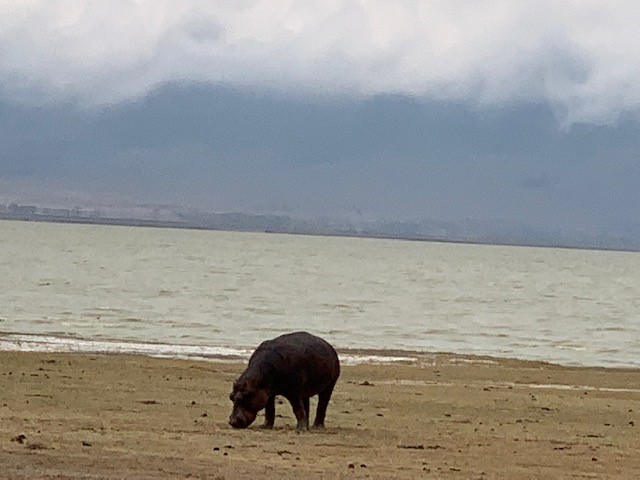 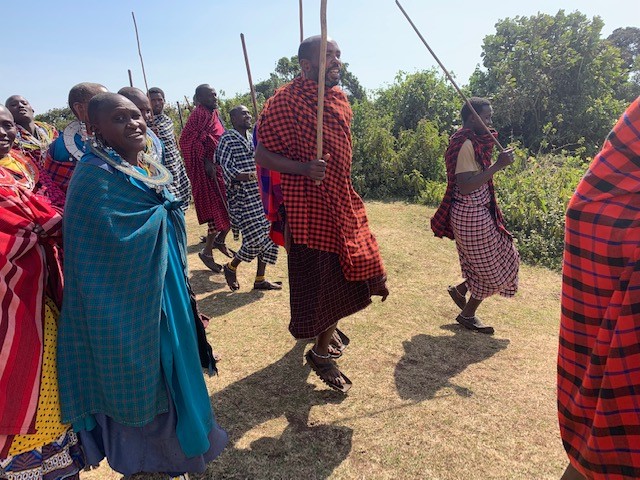 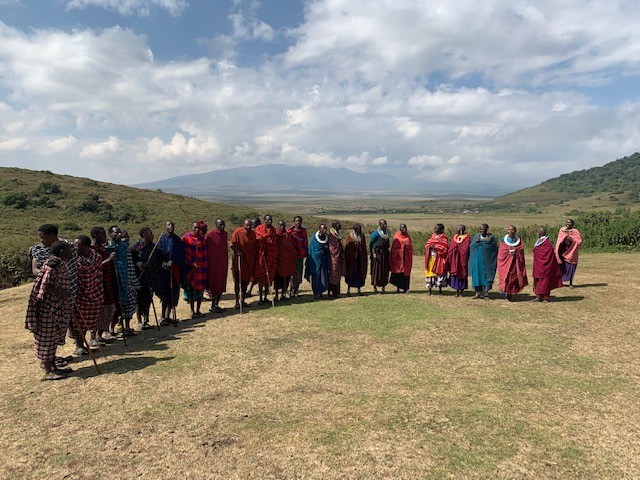 A great day on Safari, according to our Kili climbing team.  We got out early (7:15 AM) on the drive to Ngorongoro Crater.  It takes a bit to drive the rough road up onto the crater rim, to cruise along that rim for miles and miles and then to drop down the steep road into the caldera itself.   Immediately upon hitting the valley floor, we saw two male lions a few hundred feet from the road.  But they might as well have been rocks.  They were sleeping so hard that we never even saw an ear twitch.   We moved on and began to encounter everything from wildebeest to jackals to hippos and Corey bustards.  The abundance of zebra and Cape buffalo and gazelles was stunning.  There were herds beyond herds stretching to the distant crater walls.  We cruised amongst the ostriches and wart hogs for hours, at one point getting great views of a Cerval Cat on the prowl.  Finally we stopped for a picnic lunch and then began our exit of the crater.  We stopped at a Maasai village on the crater rim and spent an hour with the villagers as they danced, sang, made fire, threw spears and generally explained why they choose to hang on to their traditional methods in a modern world.  Then we went back to that modern world, relaxing for the evening at the very comfortable Plantation Lodge.

Thank you Dave for the colorful and informative blog. We really enjoyed reading it and following you guys ,especially Andrew and Kylie, on this incredible experience.

Mt. Rainier: Teams Turn due to Wind and Precipitation