This is the June 19th Denali Expedition welcoming you to the first episode, of the new hit saga, "As the Wind Blows." Time flies when you're having fun at 17,000 feet. We're now going on our third full day at high camp. We've determined that the forecast provided by the National Park Service, is reliable as a politician in an election year. Despite the gale force winds and frigid temperatures, the team remains positive. We pass the time eating junk food and sharing iPods as our batteries last. Zeb and Adam ventured to 19,000 feet yesterday to check snow stability and rock conditions after high winds and snowfall. The avalanche danger a concern. They've deemed the route safe, which now leaves the ball in the court of Mother Nature. 17,000 feet is a harsh waiting room, which increases the longing for family, friends, and the creature comforts of our homes. We invite you to wait with us lower 48 as we pass the time here at 17K. Stay tune for the next episode of, "As the Wind Blows." RMI Guide Mike Uchal

You are an inspiration! I cannot wait to hear about your big adventure. I’m really proud of you. Take good care and I’ll see you later this year.

Nelson,
We just found out what your doing this summer! We are following you everyday!
Be safe and strong! We are anxious for clear weather! I wrote to James today to tell him what your up to. He completed Air Assault and has checked into Camp Buckner!
He is looking forward to visiting you at college this year! We loved seeing all your adventure photos from last summer and are so impressed to find out what your doing this summer! Not many people in the world can even attempt what you are doing! Glad to know you and be part of your life!
Thinking of you,
The Kinsey Family

DG,
Stay positive!  Before you know it we’ll be in the High Country sipping wine from Trader Joes’s and hitting up the Town Tavern for wings and Fat Tire with the Hodges.  Oz is having a blast in Georgia and I’m sending a care package today to Drew.
Miss you,
Stephanie

Don’t forget we have a date for Journey, Pat Benetar, and a weekend at the Cave B.  That last part was a surprise, but I thought a little bribe might help you keep your spirits up!  I adore you Sweetie!  Be safe.  God watch over and keep you in his sight.
Always and Forever!
your Deb

Hey Nelson,
I feel bad that you are sitting at 17,000 feet awaiting a summit bid. Don’t worry you will get there. There should be a suprise waiting for you at home as well so that is something to look forward to. I am so proud of you buddy. I wish I could be with you on the top of North America, but living vicariously through you will have to be enough. Can’t wait to see you in DC. Stay tough and I believe in you.

Stay safe!  I can’t wait to hear all about your adventure.

Nelson, hang in there with Mother Nature and “as the wind blows”!  I know it is incredibly cold, but don’t worry, when you get back to the lower 48, we have enough heat to rewarm the core in 10 minutes.  We had an incredible fishing day in Montana. Hatch at noon, and the trout were jumping out of the water to hit a gray drake fly.  Caught 25, probably missed twice that many.  We are very proud of you and your team’s patience and perseverance. Only a very few have ever been strong enough to do what you are doing.  Good luck with the weather for a summit.  Love, Dad.

Love it “As the Wind Blows”; sounds like you are all staying in high spirits!! Praying for good weather, good health, and Safety for you all.  Good luck and be safe!  Tim, you are missing out the fun of cherry harvest!  You are lucky to have Deb to jump in there for you!  As for us here at AgriMACS, we ARE holding the fort down, and cant wait for pics and stories upon your return!

Hi Mike, I hope your Grampy gene isn’t kicking in. Be patient and safe. You will be at the top soon. Thinking about you everyday. Be stronge. Love you Donna

Nelson - Hang in there. You have made it this far and you have always been a patient guy. Stay warm, read your book and think warm thoughts. Kat Skyped tonight and is doing great. Spencer is in NYC and heading to the Hamptons for the weekend.  I am heading out tomorrow afternoon to see Joe and Suzanne. We will be following your progress. I miss you so much. You can do this.
Love, Mom

Hey guys!  Sounds like Denali has you on stand-by!  Hopefull, it won’t be too long until you can make your summit bid.  Must be a little frustrating, but I can imagine you all staying positive and ready for that final upward climb.  Don’t rush it, just be safe.  Families and creature comforts wil be here waiting for as long as it takes.

Everything is good at home, Tim.  We all miss you, including everyone from Agrimacs and Lakeland, but we are cheering you on!  Have you done any yoga in your tent?  Meditation?

I send my love to you!  We sent up one of those “Wish Lanterns” for you last night after our fireworks.  We all love and miss you, and wish you so much success!

Always and Forever,
your Deb

Sending you warm thoughts and hopes for better weather!  Stay positive.  Love you so much, Chris.  Oliver, Leo and I can’t wait for your return. xo, Nickie 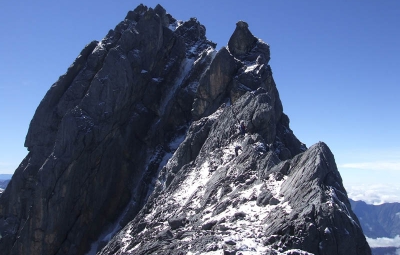