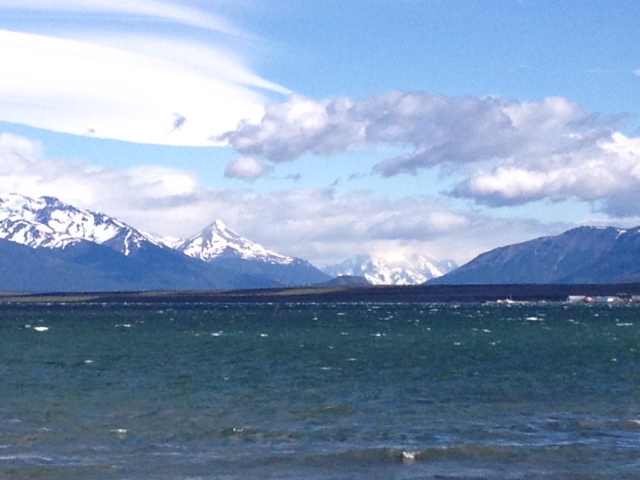 Hello, Well, the phone call we got this morning was not the one we wanted. The news was that the flight was not going to happen and that the next scheduled update would be at 7:30 pm. The winds at both Punta Arenas and Union Glacier were too high. We made great use of the day despite the flight being delayed. We took a tour of Fuerto Bulnes, the first establishment in this area, founded in 1834. It is about 35 miles east of Punta Arenas and plays a very important part in this area's history. After some lunch we did a short walking tour of the city's cemetery which is filled with beautiful mausoleums. While a bit on the side of eerie, it was well worth it. We were back at the hotel early and ready for the next update. When the call came, they said that the wind gusts in the last hour (53 knots) at the airport were a little too high, but they would call back in an hour and give us another update. The next call came as promised and while the winds diminished at the airport, the relative humidity at Union Glacier had increased 82%, and the flight was not going to happen tonight. So the waiting game continues and we will start the process again tomorrow morning with the 7:30 am update. Hopefully tomorrow will be our day to fly. Best, RMI Guide Jeff Martin