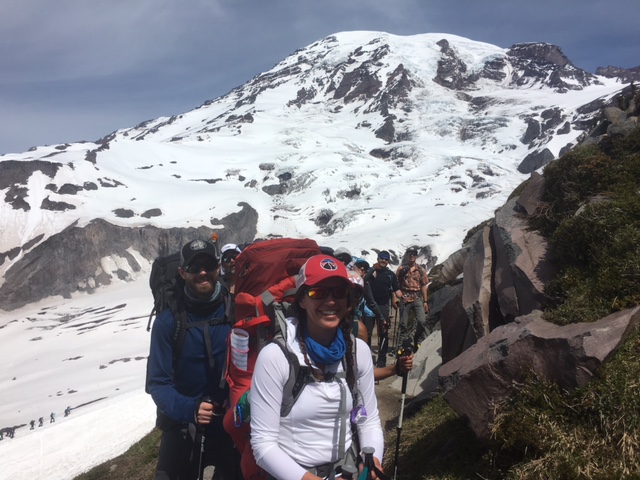 The American Lung Association's Climb for Clean Air led by RMI Guide Win Whittaker and the Four Day Summit Climb led by RMI Guide Mike Uchal were unable to reach the summit of Mt. Rainier this morning. The teams decided to call 12,500 ft. their high point today due to high winds and low visibility. The teams descended back to Camp Muir for some extra rest. Later this morning the teams will pack up and make their descent back to Paradise. We look forward to seeing them back in Ashford later today.

Great work but unfortunate for today’s conditions. Everyone did a great job this year training!

Great job guys- impressed you made it that far! Sasha says “I love you daddy- see you soon!” 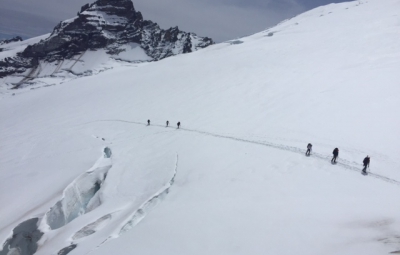 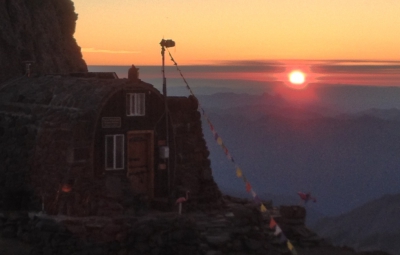