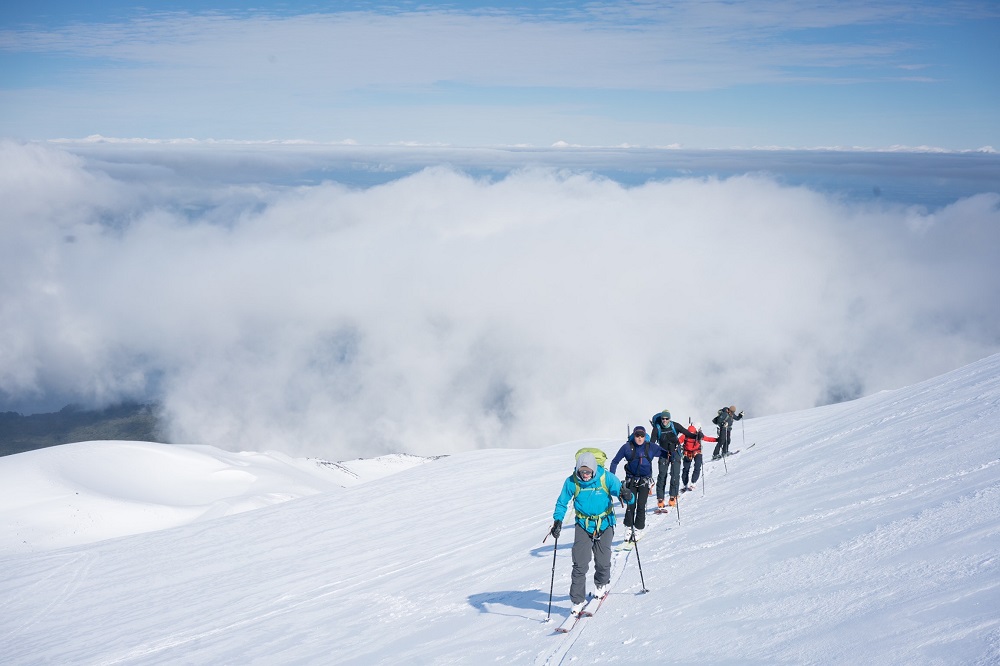 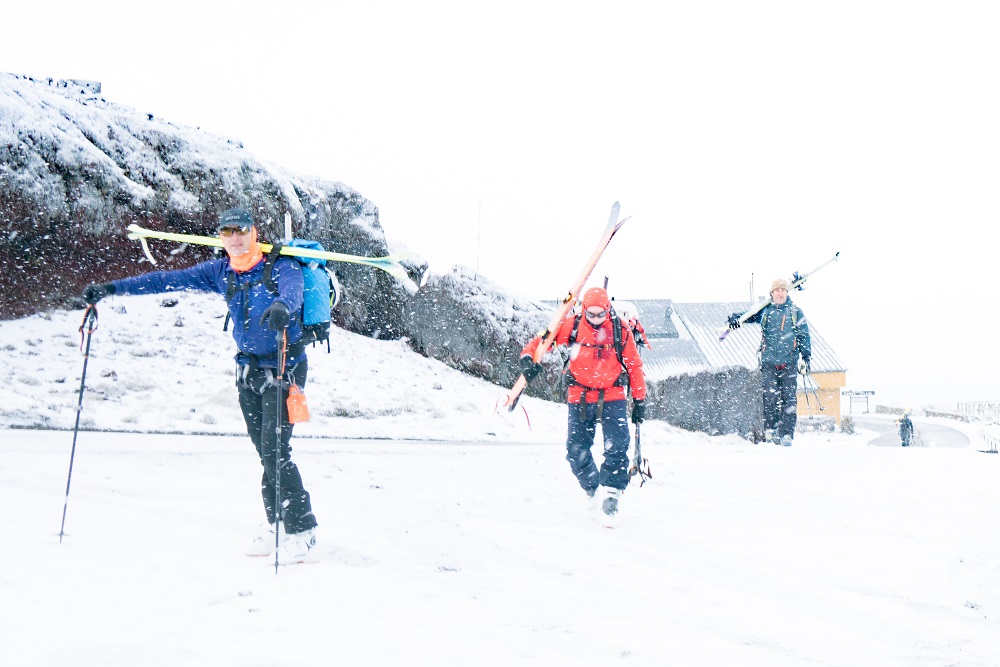 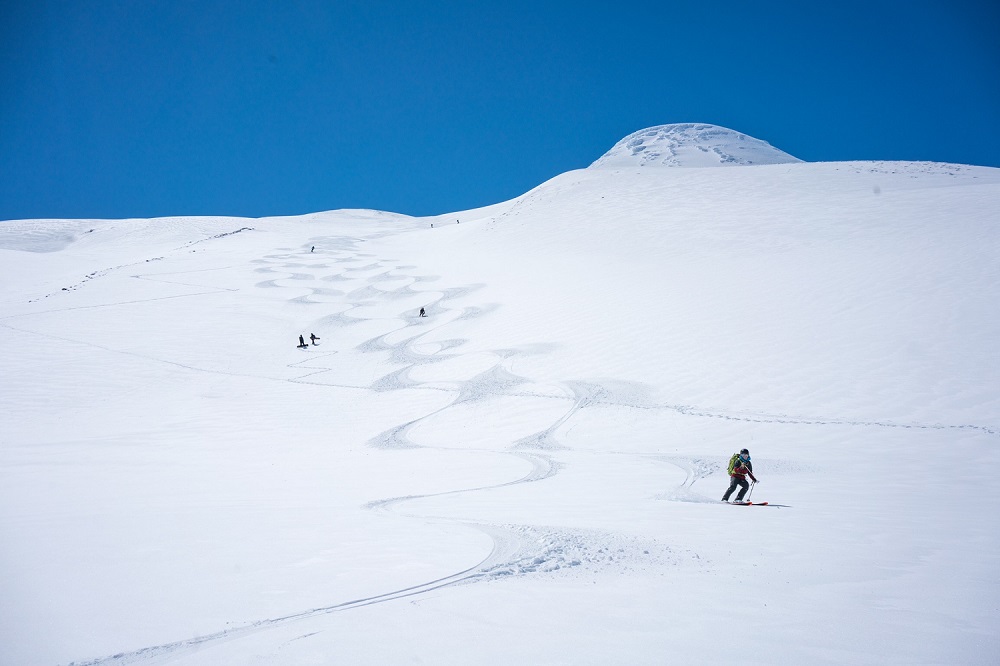 We have had a great few days working our way south from Araucania to the Lakes District. We had a nice day of ski touring on the ridges across from Lonquimay before heading south to Pucon. Beautiful views that morning of Sierra Nevada, Llaima, Villarrica, Tolhuaca and Lanin. We had a nice rest day in Pucon while a wet storm hit the region. That day we were slated for Villarrica, the most active volcano in South America. It's currently under "Amber alert" after spitting some lava and smoke in the last couple weeks. Our backup plan was another nearby mountain - Quetrapillan. But with a forecast of heavy snow and 80 knot winds, a down day seemed like a better plan. Yesterday we worked our way further south into the Lakes District, arriving to Refugio Teski on the flanks of Volcan Osorno. This morning we set off in light snow flurries and low visibility, once again with optimism that things would improve. Improve they did as we skinned through the cloud deck into the sunlight. We didn't quite make it to the top of Osorno. The wind was whipping and the steep summit slopes were icy. But we did get an amazing 4000'+ descent above Lake Llanquihue. Snow conditions were once again uncharacteristically good for this time of year - a smooth, preserved, fast powder surface illuminated in cold sunlight. Quite a run to end the trip on. And one that should make the wait for our Northern Hemisphere winter more tolerable. An added bonus was having our friend and outfitter Sergio join us on Osorno. He doesn't usually travel this far south with us but this was a special cameo. RMI Guide Tyler Reid