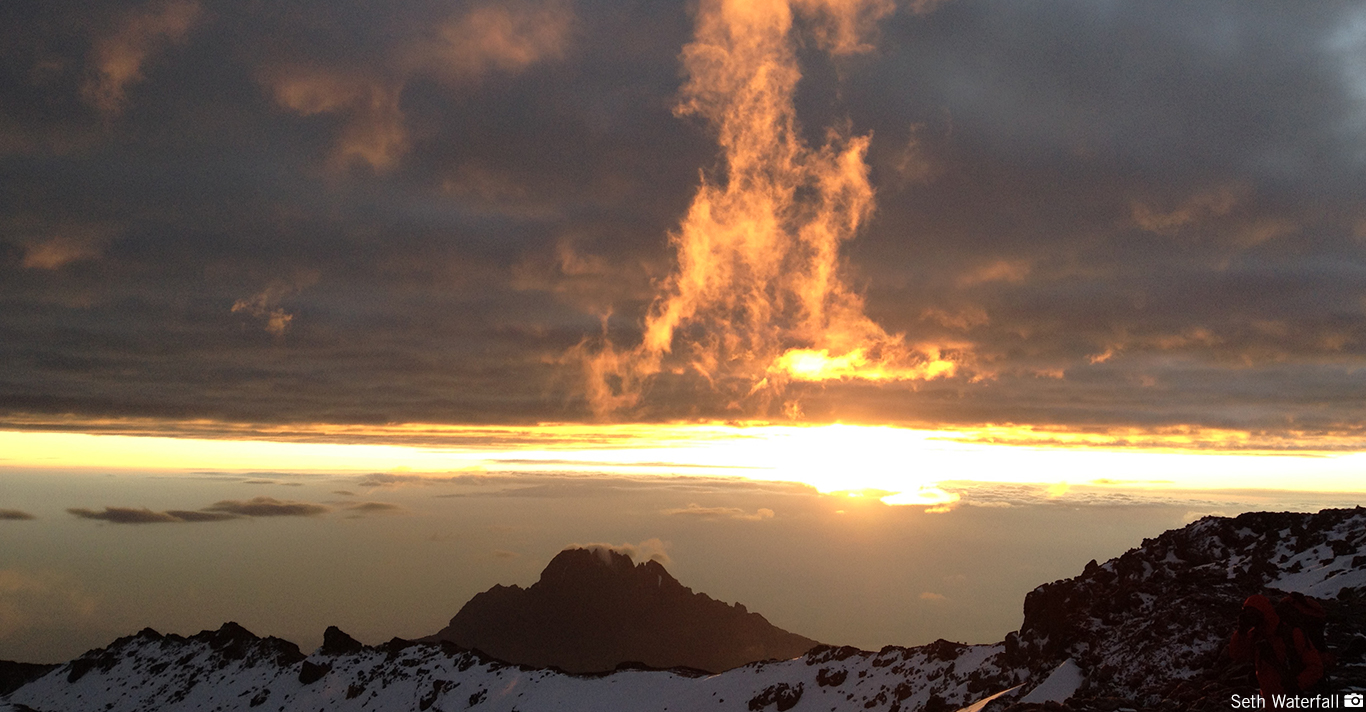 Greetings from 13,150 ft in Karanga Camp on Kilimanjaro.  The team started the day in the garden-like Barranco Camp below the great rock wall of the same name.  It was a perfect weather day right from the outset.  There were no winds and no upper level clouds although the lower sea of clouds continued to hide the rest of the world from our view.  We got moving toward the Barranco Wall just aft 8:30 AM.  The lower third of the lava wall is a set of ledges that tend to get one’s attention.  Both hands are needed on the rock holds and the feet need to be carefully placed as we move from ledge to ledge.  It all gets a little more exciting as several hundred porters (from our own team as well as from the numerous surrounding teams) attempt to politely squeeze by with awkward and heavy loads balanced on their heads.  The wall relents in its middle sections and turns into steep switchbacks with occasional odd steps.  At the top, we were back to hands on rock to get over the final escarpments.  All told it took us about two hours to get on top of the wall.  It was a great feeling to pull onto the flat and have unimpeded views of Kibo’s cliffs and ice fields above.  We then moved down and East across several shallow valleys before we crossed a deep and steep sided one -the Karanga Valley- to reach our camp on the opposite rim.  It took roughly four hours to reach Karanga.  We were just in time for lunch and an afternoon snooze.  After dinner we stared up at the Milky Way and the southern cross and Kibo glowing in the moonlight.