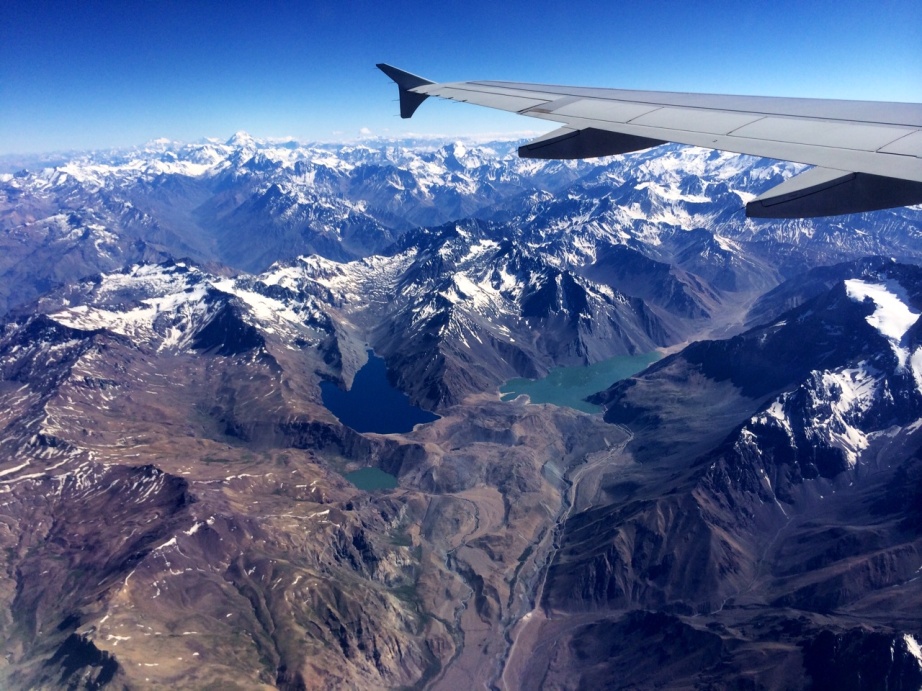 The climbers have all arrived and day one is in the books. While the guides were kept busy with preparations for the coming days, the climbers that arrived early had a chance to experience a bit of Mendoza. Everyone is excited and eager for the days to come. Hopefully the sudden thunderstorm this evening means our bit of moisture for the trip has come and gone and sunny, blue skies await us on the mountain. Here’s to hoping! The Four Day Climb teams led by Andy Bond and Nick Scott heading up to Camp Muir for their climb tomorrow, September 16th, decided to retreat in the face of blizzard conditions. The team made it just past Pebble Creek and onto the Muir Snowfield despite heavy rains. However, at about 7,300' the heavy rains quickly turned into blowing sideways ice and snow which forced them to make the collective safety decision to turn around and head back to Paradise. The team made their descent and are back in town wearing dry layers and sipping warm drinks.
Leave a Comment For the Team 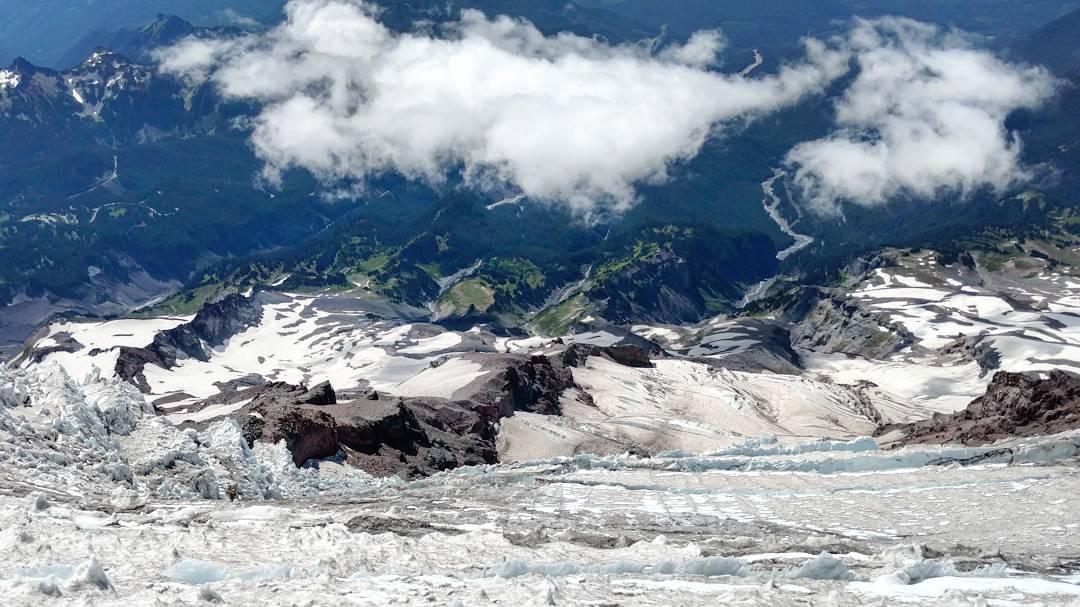 RMI Guide Nick Scott and the Expedition Skills Seminar - Kautz team was unable to reach the summit of Mt. Rainier today. Poor route conditions forced the team to call 13,100' their high point. The team will spend a final night on the mountain before finishing their descent tomorrow. We look forward to seeing them in Ashford tomorrow afternoon.
Leave a Comment For the Team After a week of training learning alpine mountaineering techniques preparing for future expeditions like Denali and Aconcagua, the Expedition Skills Seminar - Emmons team reached the summit of Mt. Rainier. The team had an early alpine start from Camp Schurman and worked their way up the Emmons glacier and are now standing on the summit of Mt. Rainier! They will spend some time on top enjoying the clear skies and views before starting the descent back to camp. Congratulations to today's Team!
Leave a Comment For the Team (2)

The link in my previous comment did not come through. It was a story about 2 women who did the Rainier Infinity Loop: Climb from Paradise to the summit, descend the Emmons Route to White River, run half the Wonderland Trail back to Paradise, summit and descend to White River again, and run the other half of the Wonderland Trail—a total of 130 miles and 40,000 vertical feet. They were hoping to beat the record of 59.4 hours but had to turn back on at Camp Muir on their second climb due to the storm on Saturday. They went back to Paradise, had a nap, and then headed back up, ultimately finishing the loop in just over 4 days, not a record but still amazing. It sounds like they descended the Emmons Route the second time on Monday, not Sunday as I said in my previous comment.

Congratulations to Chuck, Jaquelin, and everyone else!

Did you happen to see these women descending the Emmons route on Sunday? https://www-1.thenewstribune.com/news/local/article233548707.html

Mt. Rainier: Blue Skies on the Summit for the Five Day Climb RMI Guide Nick Scott and the Five Day Climb reached the summit of Mt. Rainier this morning! Nick reported blue skies, light winds, and chilly temperatures on the summit. The team began their descent to Camp Muir a shortly after 7:30 AM. Once back and Camp Muir, the team will repack after their two nights on the mountain before continuing their descent to Paradise. Congratulations!
Leave a Comment For the Team (2)

So glad you made it!  Nice to meet so many of you during our 4 day climb!

Congratulations to the team!  Proud of you!  Wish we were with you, beautiful view. How’s the air up there?

Mt. Rainier: 100% on Top for the Expedition Skills Seminar - Paradise All of the climbers and guides on the Expedition Skills Seminar - Paradise reached the summit of Mt. Rainier this morning. RMI Guide Nick Scott reported clear skies and a breeze on the summit. The team began their descent shortly after 7:00 AM. We look forward to seeing them in Ashford this afternoon and hearing about their week on the mountain. Way to climb!
Leave a Comment For the Team 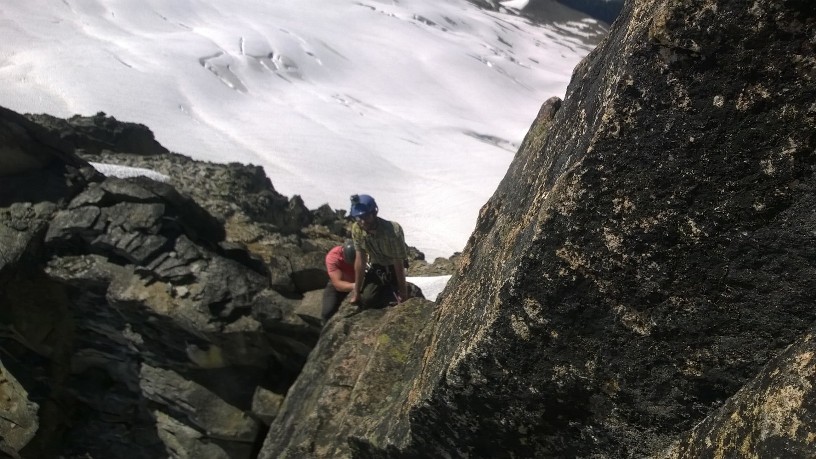 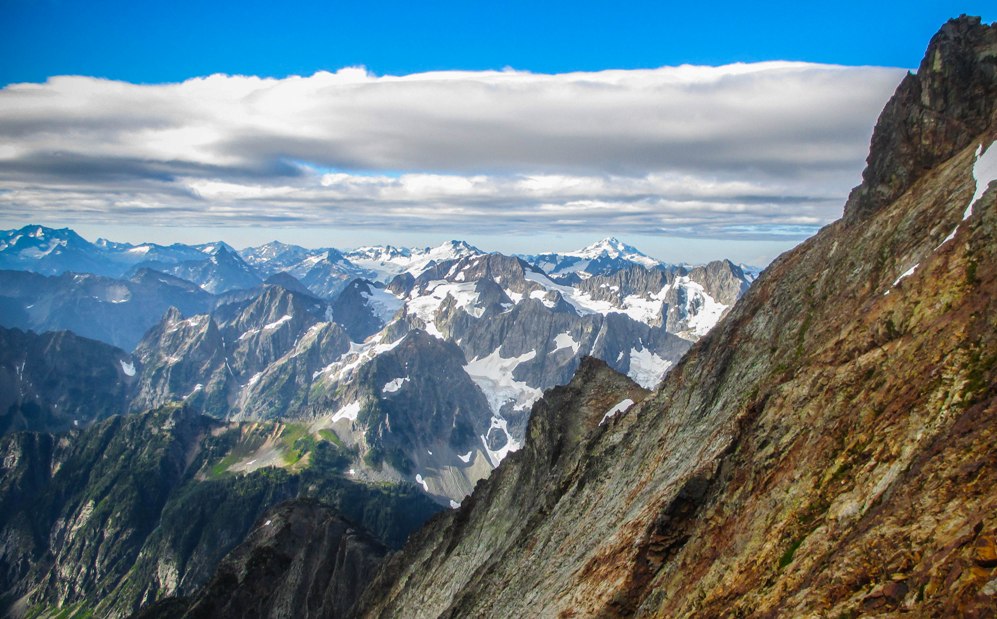 Summit! RMI Guides Mike Walter and Nick Scott just completed a successful trip in the North Cascades. The team climbed the West Ridge of Forbidden Peak and the Quien Sabe Glacier Route of Sahale Mountain. Mike reported that all climbers reached the summit of both peaks! Way to go climbers!
Leave a Comment For the Team

RMI Guide Nick Scott and the Five Day Climb July 9 - 12 reached the summit of Mt. Rainier with their entire team this morning. Based on the forecast the team opted to climb this morning rather than the last day of their program. They will spend tonight at Camp Muir and enjoy more time on the mountain before descending to Paradise tomorrow. Congratulations to all the climbers!
Leave a Comment For the Team The Four Day Climbs led by RMI Guides Steve Gately and Nick Scott reached the summit of Mt. Rainier shortly before 9:00 AM. Steve reported 100% of the climbers reached the summit! Steve also reported perfect weather and a great climbing route. The teams will spend a little time on the summit celebrating before beginning their descent. We look forward to seeing both teams in Ashford this afternoon. Congratulations climbers!
Leave a Comment For the Team (2)

Meghan so cool! All that preparation pays off. We can’t wait to hear all about it.

YAH!!!!! So proud of you Meghan And your entire team…
Been on pins & needles, so happy to hear that you summited!
In Awe 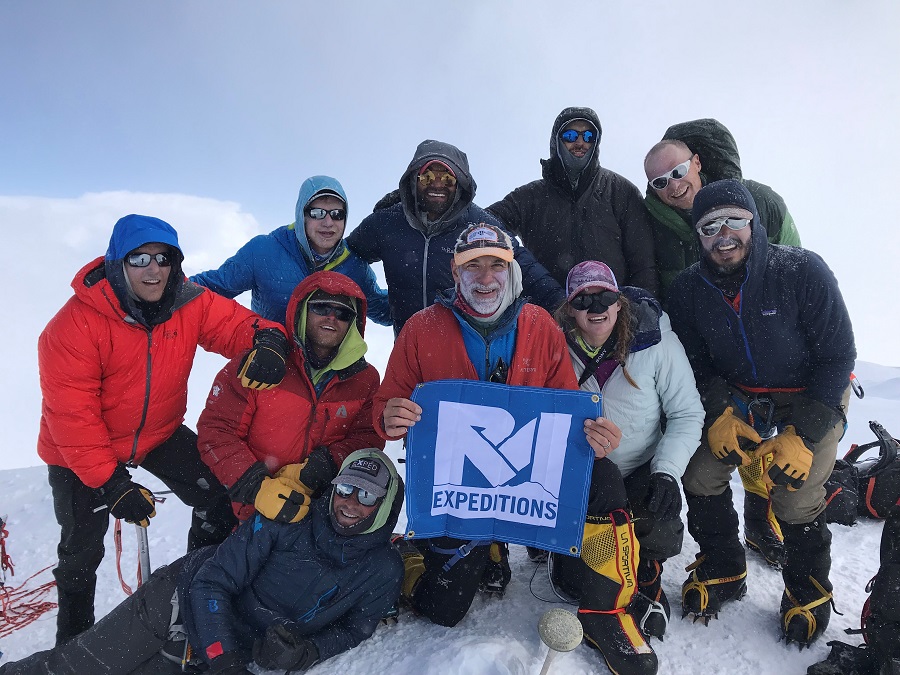 Saturday, June 15, 2019 - 9:17 AM PT Greetings all, And just like that, we’re back in civilization. Just two days ago, we were standing on top of North America, at 20,310’, after a long and demanding effort over the course of two weeks. And now, green grass, crowded Talkeetna streets and restaurants, and the comforts (and burdens) of modern technology and bustling civilization. It’s quite a shock to the system. But here we are, tired after finishing our walk out to Base Camp Friday morning, celebrating our expedition and our success here in Talkeetna. We enjoyed a wonderful celebratory dinner at the Wildflower Cafe with fresh seafood as the fare of choice, and reminisced about all the experiences we’ve shared over the last few weeks. It’s been an incredible couple weeks, and all the Team should be incredibly proud of their accomplishment! We’re headed back to Anchorage this morning to put the final steps of a great adventure in place, and head back to our friends and family. Thanks for following along all these weeks! RMI Guides Robby Young, Nick Scott, Joe Hoch and Team Homeward Bound