The last guided climb of the Denali 2012 season is done and down. Safe. But, without a summit, which happens sometimes. We got together in Talkeetna way back at the end of June—eight climbers and four guides—and we talked strategy and packed gear and we were issued permits. And, since the weather was a little sloppy, we didn’t fly immediately. Instead, we ate some more and drank some more and talked a bit more strategy. But on the 29th of June, we did get to fly into the Alaska Range and of course it was worth the wait. As is always the case in late season, we’d been concerned as to how well put-together the lower glacier might be, but a few minutes flight over the Kahiltna in a de Havilland Otter convinced us it had been a good year for snow. Once on the ground (7,200 feet on the Southest Fork of the Kahiltna) we reviewed glacier travel techniques and waited for the middle of the night so as to allow the glacier surface to freeze solid. It did just that and we moved out early the next morning. We made pretty decent progress those first days… camp at 7,800 feet, move to 9,500 feet, migrate on up to 11,000 feet. As always, we started doing “carries” at 11,000 feet… climbing high and sleeping low so as to let our bodies catch up to the altitude. The gang was healthy and doing great and the weather was workable… if not stable. It was snowy and cloudy somewhere each and every day… just not exactly on top of us, and so we were able to make good use of the days. The mountain got a lot more interesting as we left the valleys and ventured up onto the ridges on our move to Genet Basin at 14,200 feet. We “caught up” to about a dozen guide parties from other companies there and everybody was still optimistic about climbing high and making the top. We’d been on the mountain for a week at that point. But it started snowing. And then it seriously started snowing. Teams began to run out of food and fuel and quit the mountain. Then it snowed about two feet in 24 hours and we had an avalanche problem. The problem was that we believed there was instability on the steep slopes we needed to climb up in order to make any progress and there was no solution but to wait for stability. Which didn’t come. We needed hot, sunny days to settle the problem and instead we got day after day of a little more cloud, snow and wind. Teams quit and descended… one after another. Finally, we teamed up with the last two guided parties on the hill to bust trail and evaluate hazard and perhaps find a way to the “fixed ropes” leading to the crest of the West Buttress. The mission took all day and required some dicey belays across “whumping” snow, but it resulted in a workable and safe track to the ropes… we were back in business. Until it snowed that night and the next morning. Back at square one with a new hazard and no track. The other guided teams quit the mountain that day and we stayed another two days in a last attempt at getting some sort of good luck. But that didn’t come, just more snow and more clouds and more predictions for snow and clouds. We spent about 12 days at 14,200 feet and then we turned our backs on the summit and started busting trail down through the powder. Things got easier as we got lower on the mountain and we were at the SE Fork again by morning of our 19th day on the hill. And the weather cleared magnificently then… allowing a view of the summit we hadn’t reached, but also making the flight off possible. Showers and dinners and drinks and beds in Talkeetna were pretty good, even without a summit. We’ll get it next time. RMI Guide Dave Hahn 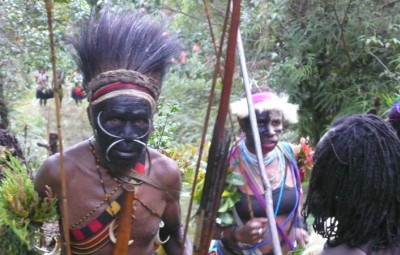