July 4, 2015 1:11 am PST This was the day. The weather was a whole lot better than the last few days, but it wasn't perfect. A little blustery. We needed to take advantage though to get out of 11,000' and up to 14,000' Camp. Even having had a handful of teams break trail on the route before we made our effort today, we still anticipated a tough haul with knee deep snow on such steep hills. Motorcycle took longer than normal, Squirrel took longer, the Polo Fields went on forever, Windy Corner was windy (and it took longer). It was all pretty tough going until we got around the corner and reached our cache location from the other day. Finally there was less new snow, less wind and a decent track to follow. It was still uphill though. It took us 8.5 hours to cover what should have taken 6 hours, but what a wonderful feeling to roll into 14 Camp after thinking of it so much when we were stuck down below. We've got different and magnificent views now, of Denali, but also of Mount Foraker and Mount Hunter and about a thousand other peaks when the clouds allow. We did a late dinner after camp was built and then hurried in to the tents for the night. It is colder up here, and colder still when the sun goes behind the mountain. Everybody deserves good rest after such a big day. Best Regards RMI Guide Dave Hahn

Gary Ross, You really are going to great lengths to prove that happiness is found in being “cold, wet, tired and hungry”.  I am following the RMI blog everyday and from the sound of things, you must be positively joyful!
Here at 465’ I am thinking of you and wishing you plenty of happiness along your journey up and down that magnificent mountain.
Mary

We’re all rooting for you!! Happy 4th, miss you!! xoxo

Happy 4th,  had to feel good to move up! just realized my 10 year anniversary, summited Ranier with RMI on July 4, 2005. Keep on keep’in on!

go dad (peter) go! mom and I send you love from georgetown!

Happy 4th.  I don’t know much about this type of adventure, but it seems like if you are trying to get to the top, getting closer to the top is a good move.  Stay safe, eat something.  Keep the good news coming.  You can’t imagine how proud and excited I am.  Emily sends her best.

Happy 4th of July to the team and my big brother, Rob! Hope everyone is remaining healthy and strong!!! Been following the daily blog and praying for a safe journey to the top. Love ya, Rob!

HAPPY 4TH OF JULY! to the team!

My tip for today:  There are other ways of camping and enjoying the outdoors.  Think about this concept.  Pack your truck with all of your camping gear.  Drive to a camp site.  Pitch your tent….....if you need anything, your truck is right there.  Enjoy roasting hotdogs, marshmellows, etc.  Good night sleep in your tent…...wake up and go hiking.  And do it all over again for as long as you wish.  That’s my way of camping!!  How’s the old man of the group doing.  Are you avoiding eating yellow snow and avoiding tootsie rolls along the way?  Keep the blogs coming!! 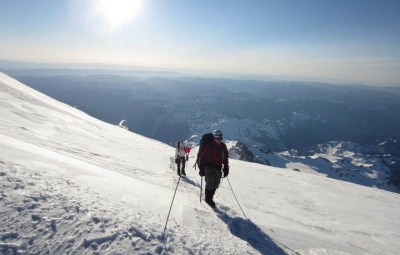 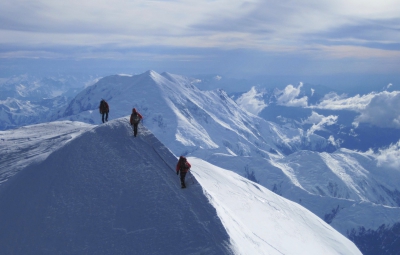