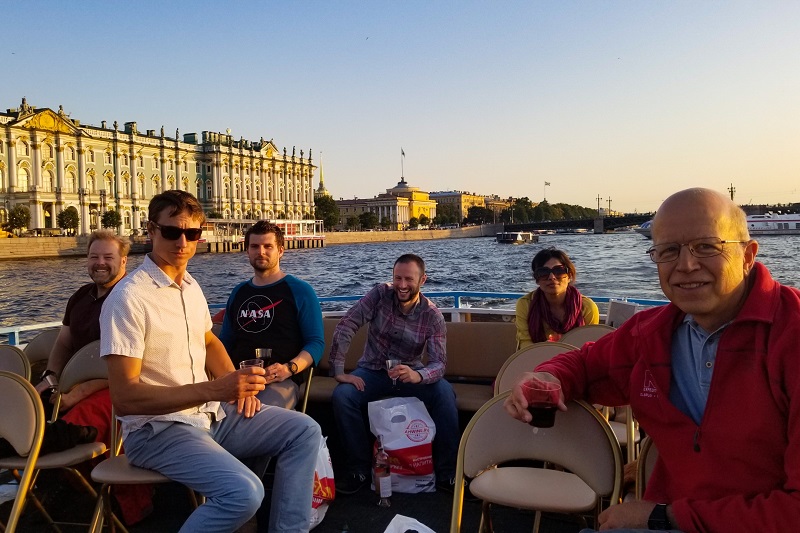 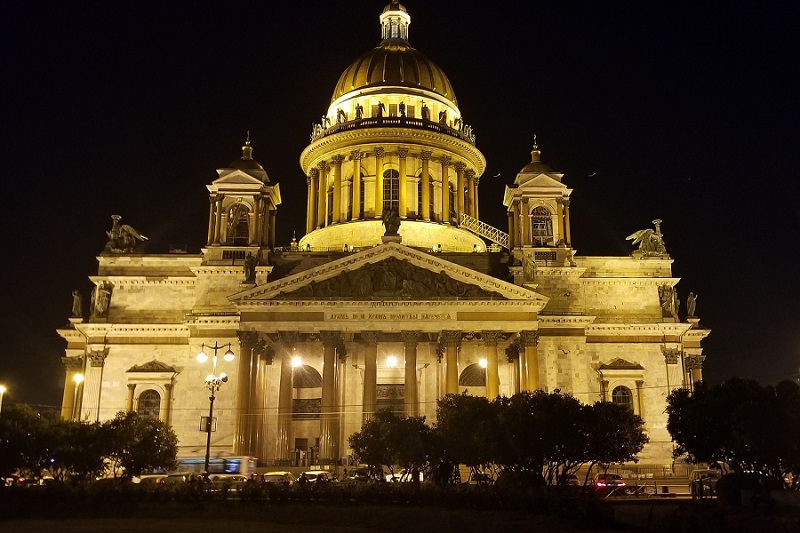 Our Elbrus Northside team has returned to the U.S. and had a bit of time to work through the jet lag of jumping nine hours back in time on the return trip home. Our time in St. Petersburg was spectacular. The city has the feel of Old Europe, and is often compared to Venice because of the numerous canals and rivers that crisscross the city. Founded by Peter the Great, and the capitol of the Russian Empire for nearly 200 years, St. Petersburg is still considered the cultural capitol of Russia. We arrived mid afternoon with enough time to take a stroll around the city, before a delicious dinner at the Jerome, a perennial favorite restaurant year after year. The following day we took the city by storm, following our tour guide Olga as we walked as many of architectural and public space sites as we could fit in. From St. Issacs Cathedral with it's colorful mosaics, massive pillars, and scars on the facade left over from the 900+ day siege of St. Petersburg during WWII, to the luxurious Summer Gardens of the Romanovs, St. Petersburg displays the wealth, opulence, culture, and liveliness of the Tsar era. We spent the afternoon wandering through the massive winter palace of the Romanovs, now home to the Hermitage Museum. We spent the evening on a delightful canal tour by boat, and our last dinner in Russia. St. Petersburg averages only 60 days of sunlight each year, but our impression was far different - blue skies, comfortable temps, nice breezes on the canal, it was everything that summer should be and a nice refresh after our time on the mountain. International climbing trips at their best are about far more than just the mountain or the climbing. The cultural and historical sites we saw, the insight into their history that we gained, and the people we met along the way are just as important. We had a number of interactions with teams of Russian climbers in camp, eager to understand how and why we had come so far to climb their humble mountain. The stories we read in the news, on either side of the ocean, can paint the other's countries as adversaries and opponents, but everyone we met was overwhelmingly friendly. As one climber in a hut one evening put it, "The people you meet in the mountains - they are good people." That was true of the climbers we met, and most certainly true of our team as well. Watching everyone work through the tough days, have their great days, and come together in difficult moments - such as setting up tents at 15,000' in a blustery 35 mph wind - is one of the joys of guiding and climbing, and it was such a pleasure to work with this team. Thanks so much to them, to our local outfitter, to Sasha, our local guide, translator, and fixer of all, and thanks to everyone who followed along. We’ll be back at it next year! RMI Guides Pete Van Deventer and Mike Uchal

North Cascades: Ben Ammon and Team Wait out the Rain