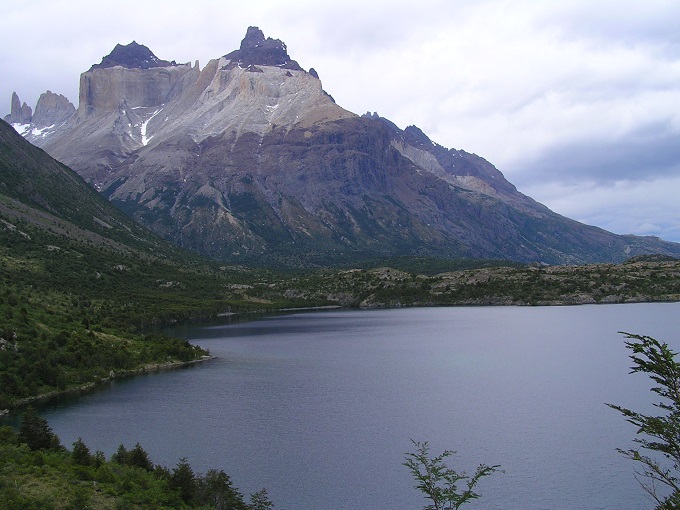 And day two on the trails went by... Greetings from Lake Dickson! What a pleasant journey we had. Walking along the park boundary, following the Paine River, we had the Argentinean border at a stone's throw to the right for most of the day. We learned about several local flower and plant species (too bad the orchids were already withered) and experience also some Patagonian weather, with stronger winds and rain as we surmounted the highest point of the day "Paso del Viento", but that in no means slowed anyone down during the short time it lasted. Upon arrival to camp, the views of the first glaciers popped up from within the mountains and an evening hike along the beach of Lake Dickson, after dinner, brought us the reward of seeing small icebergs afloat its waters as dusk approached. More to come tomorrow, stay tuned and follow along! RMI Guides Elías de Andres Martos

Gorgeous! So envious of your adventure! Stay safe & love every moment! We miss you at work but know you are having an amazing time <3 Catherine B.

Looks gorgeous!!! Wish I was out hiking with y’all. Relish being emersed in nature while you have it. Going to show this to Grandele this weekend. Love and miss you all the way from Alabama :) xoxo blair

So beautiful!  Everything here in Richmond is boring without you guys.  Have fun - will have a glass of wine and toast you all tonight! Xoxo

Wow.  The views down there are fantastic!

What a great choice for a trip.

Stay healthy and keep laughing.  It’s all about the humor, you know.