RMI Teams reached the summit of Mt. Rainier this morning!  The Five Day Climb, May 29 - 2 June, made their summit attempt this morning led by RMI Guides Jenny Konway and Taylor Bickford.  The teams were walking into the crater rim around 7:15 am.  Taylor reported an exceptional day on the mountain with very little wind, good route conditions and warm temperatures.  The teams enjoyed some time on the summit before starting their descent.  They will return to Camp Muir for their second and final night on the mountain.

Congratulations to the teams for reaching the summit!! 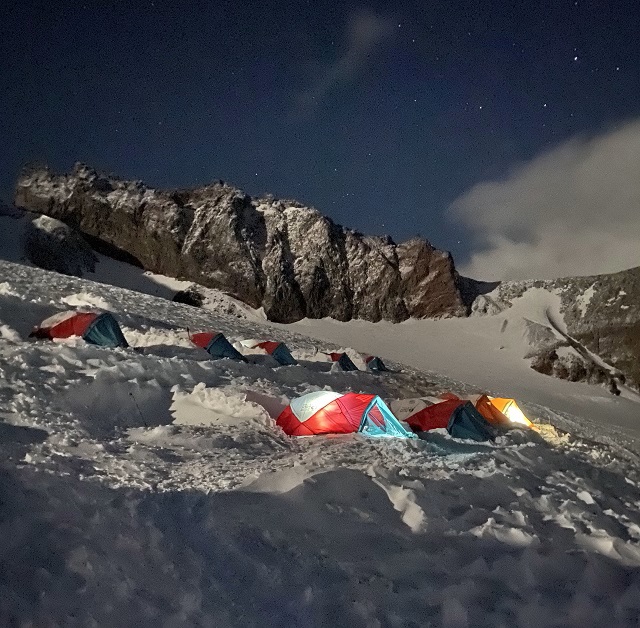 The Four Day Climb May 20- 23, 2021 was turned around at the top of Disappointment Cleaver today due to low visibility, blowing snow and cold temperatures.  The teams, led by RMI Guides Andy Bond and Taylor Bickford, returned to safely to Camp Muir and will be descending to Paradise later this morning.